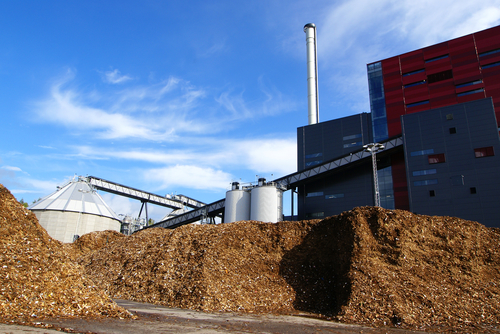 The Dutch government’s senior advisory body SER is recommending that subsidies for the use of biomass in power stations be phased out quickly, according to a draft version of the agency’s report, which due to be presented to ministers shortly.

Instead, according to broadcaster NOS which has seen the report, biomass should be used as a raw material for the chemicals and other industries because this would be far more useful than burning it.

The discussion about the use of wood chips and other organic waste as a source of electricity has become more heated in recent weeks, and last week, MPs from the four ruling coalition parties submitted a motion to parliament which calls for an end to subsidies for biomass-fired power stations.

The SER’s recommendations mark ‘the end of biomass as a source of energy,’ said Jesse Klaver, leader of the left-wing green party GroenLinks. ‘This is good advice, and we must stop using it as soon as possible.’

The cabinet says it will not react to the report until it is officially published. SER does say that companies which have invested in biomass plants should be compensated.

The Dutch environmental assessment agency PBL said in January that the use of biomass may be unavoidable if the Netherlands is to meet the EU targets. Without using biomass, the Netherlands will have to install wind turbines and solar panels more quickly than it is currently doing, and other difficult choices will have to be made, the PBL said.

And earlier this month, economic affairs minister Erik Wiebes said that biomass continues to have an important role in meeting the government’s climate change targets. However, he said, he will soon publish a list of requirements which biomass will have to meet to be really considered green.

In total, 628 biomass installations in the Netherlands will get some €11.4bn in subsidies over the next few years, the AD reported earlier.