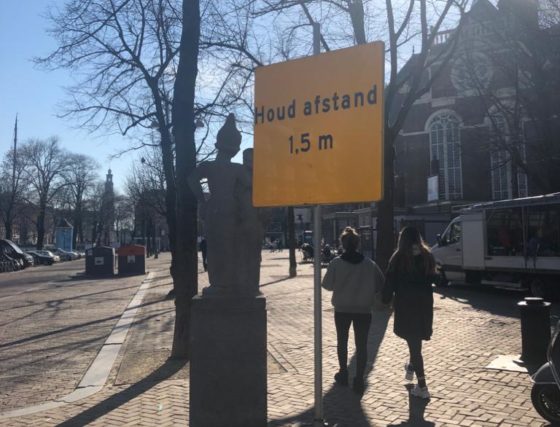 People in their twenties are the most likely group to be infected with coronavirus according to the latest RIVM figures.

The breakdown figures also show that the recent spike in infections is concentrated in Zuid-Holland, where 628 cases were recorded in the last two weeks – 41.2% of the total. A week ago the province recorded 392 cases over the previous 14 days.

Noord-Holland also had a steep rise from 165 cases to 297, while infections in Zeeland tripled from 19 to 60. The four northern provinces of Groningen, Friesland, Drenthe and Flevoland had just 25 cases between them in the last two weeks. 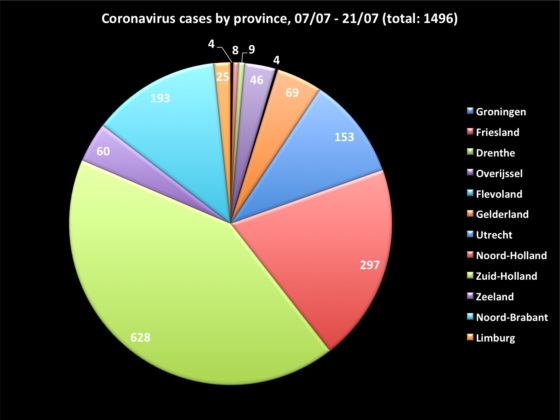 Opposition parties called on Wednesday for the government to step up its efforts after it emerged that the number of infections increased by 85% in the last week. The orthodox Christian SGP group called for prime minister Mark Rutte and health minister Hugo de Jonge to hold another press conference to reiterate the social distancing rules.

Coalition party CDA said the public health agency RIVM should publish twice-weekly bulletins rather than one a week, while Labour (PvdA), GroenLinks and the ChristenUnie asked if people travelling from countries with rising infection rates, such as Croatia, were being checked on arrival.

RIVM figures showed that 7.1% of people who tested positive for the virus in the last two weeks had recently travelled abroad.

Meanwhile, Henri Lefenrik, mayor of Leiden and chair of the regional safety council for Hollands-Midden, warned that a return to lockdown in the area could not be ruled out if infections continued to rise, after 23 cases were traced to a cafe in Hillegom.

‘The number of coronavirus infections in Hillegom is still too low for a regional lockdown, but we’re close to that level,’ he told Omroep West.

‘It’s better to tighten up on a regional scale than across the whole country. We tried it in the beginning in Brabant, but it was already so widespread that it wasn’t possible any more. But if you act quickly it should work.’