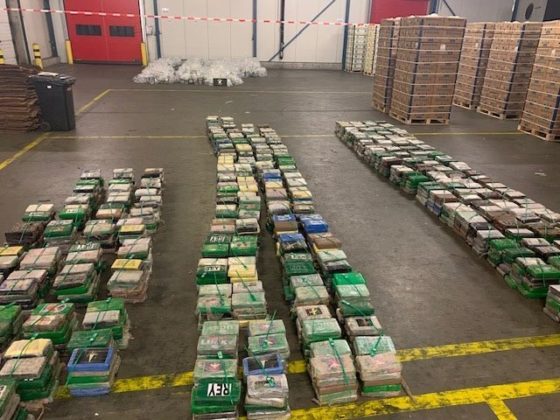 Part of a drugs haul made in April. Photo: Douane.nl

Nine people have been arrested in raids across 30 different locations in Zeeland as part of a major investigation into drug smuggling, police said on Wednesday.

Most of the raids, involving some 400 police officers, took place in and around Vlissingen port.

Recently several major drugs seizures have been made at the port, often hidden in shipments of bananas or other fruit.

The aim of Wednesday’s raids is primarily to gather information into the different parts of the smuggling operation, and to try to piece together how the smugglers operate, police said.

In April, customs officials found 4.5 tonnes of cocaine hidden in a shipment of bananas from Costa Rica after a tip off by a company in the port. The haul was one of the biggest ever made in the Netherlands and the drugs had a street value of some €180m, officials said.