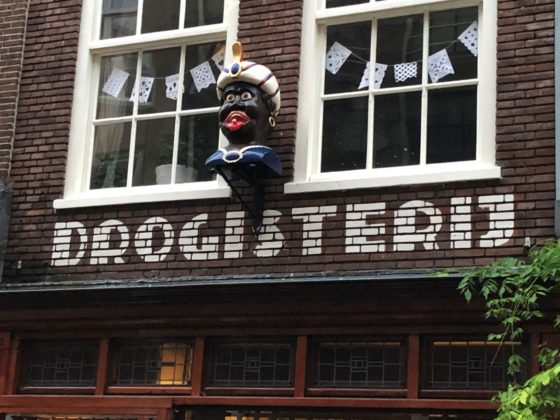 Above its charmingly-painted drug store sign is a gap – a gap that was once filled by a ‘gaper’. A traditional chemist in the heart of Amsterdam has taken away a wooden figurehead after a debate about whether or not it was ‘racist’.

On Monday, when DutchNews.nl visited Drogisterij het Heertje, only a metal support was hanging above its painted brick ‘drogisterij’ sign.

Business owner Harry Piet told the Parool that the former painted black figure which had stood there for as long as he could remember – with its thick, red lips and golden earrings – had been removed after shop workers had experienced ‘interactions’ that led to ‘an unrelaxed feeling.’

‘I’ve decided together with the owner of the building, to whom the gaper belongs, that we will take it away,’ he reportedly said.

The upset began after Volkskrant columnist Sylvia Witteman tweeted a week ago that she was ‘surprised that this still hangs in the middle of Amsterdam,’ provoking a social media storm of reaction.

However, she later said she was surprised that her remark was ‘taken seriously by a few idiots’ and that ‘gapers are made in all skin colours and have nothing to do with racism.’

The image was a traditional Dutch sign for a chemist or apothecary, according to architectural historian Walther Schoonenberg. ‘Gapers typically have their mouths open and stick out a tongue on which a pill is lying,’ he reportedly told the Parool. ‘They can be black, white or brown [skinned], but their characteristic is that they need to look a bit exotic. They need to promote the idea that the medicines come from far away and are very good.’

He added that gapers have been a Dutch tradition since the 16th century and that this example – which was made by an artist after a previous model was stolen in 2016 – in his view did not represent a slave because of his exotic headdress. 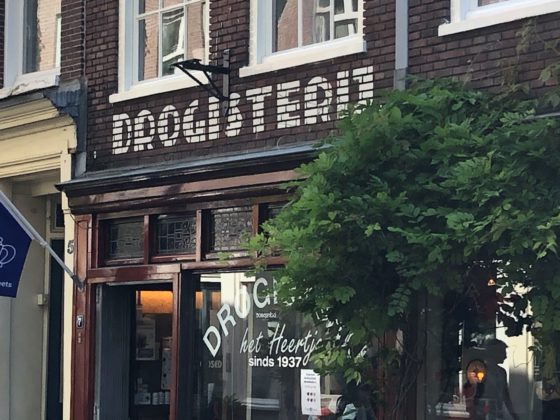 The online Nationaal Farmaceutisch Museum has a gallery of the signs, including records of 120 made before 1925, describing them as ‘beautiful folk art’.

Mr Piet told DutchNews.nl that his business was currently refraining from further comment.