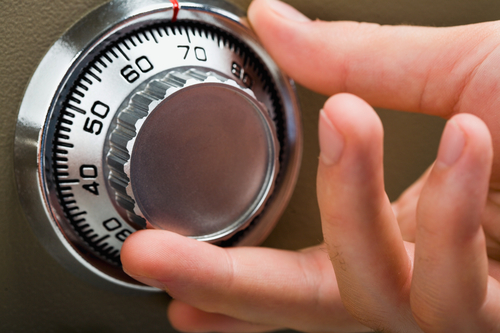 Burglars have returned to the streets, taking domestic break-ins almost back to pre-coronavirus levels, according to police figures cited by the AD.

During the lockdown period of mid-March to the end of June, the total number of burglaries in homes fell from 11,041 to 6,951, a 37% dip compared to the same period last year, the figures showed.

But police and insurers are now seeing a steady rise, the paper said. Last week burglars saw their chance some 510 times, only 60 down on the first week in July 2019.

‘The relaxation of the rules means people are going back to the office and there’s more traffic. Burglars tend to avoid confrontation and violence. They want to enter and exit quickly so if people are in, they don’t fancy their chances,’ head of the national burglary prevention coordination team Sybren van der Velden told the paper.

Police are expecting the trend to continue and that the number of burglaries will have reached pre-corona levels by the end of the holiday period. Border restrictions are also being lifted and this, police said, will also attract gangs of burglars from Eastern Europe and South America.

Insurer Allianz Direct said the rise in burglaries is ‘a sign that the Netherlands is getting up to speed again’, while Interpolis said the rise coincides with the RIVM relaxation of the rules.

Police advise holiday makers to close windows, leave a light on and not leave their homes looking too ‘neat and tidy’. ‘Burglars look out for this,’ Van der Velden said.

Allianz Direct said burglars have been noted to become more inventive. ‘They will do a recce on who has left by leaving a piece of paper in front of a car tire or some twigs in the door and come back to see if they are still there,’ a spokesman told the AD.