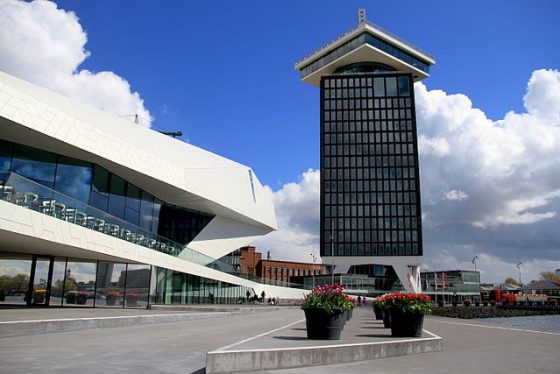 The EYE: must do better. Photo: Thomas van Mens via Wikimedia Commons

Subsidies for the arts should include more support for innovative and less big city centred applicants while established recipients will have to pull their socks up, the Dutch arts council Raad voor Cultuur has said in its four-yearly recommendations.

The council said it wants to involve a broader, younger audience in the arts and that pop music, urban, musicals, e-culture and cultural activity away from the four big cities are as much a part of the cultural infrastructure as classical music and ballet.

The council has some €200m to divide among 220 applicants, of whom 107 were awarded a subsidy and a further eight told to re-apply before November with a more thorough proposal.

Amsterdam-based National Ballet & Opera company, which usually comes in for a large chunk of the available funds, was told to get the financial basis for its application in order or some €32m in grants, would not be forthcoming. The Eye film museum was also sent back to the drawing board.

Five cultural institutions, including the respected Rotterdam-based Scapino Ballet company and Frascati theatre in Amsterdam, should no longer receive any government support while others will get less money, the council said.  Over half the grant recipients are new and the list now also includes 12 regional museums, one for every province.

The councils said it decided to bring out its recommendations, which will be officially confirmed as part of the budget in September, ‘to offer a degree of certainty in uncertain times and to promote innovations and inclusion in the cultural sector’.

The council has every confidence in the candidates’ ability to cope with the changing situation, it said in its report.

Recently, the opposition parties called on culture minister Ingrid van Engelshoven to up the current rescue package of €300m for the whole cultural sector to €1bn because of the impact of the coronavirus crisis.