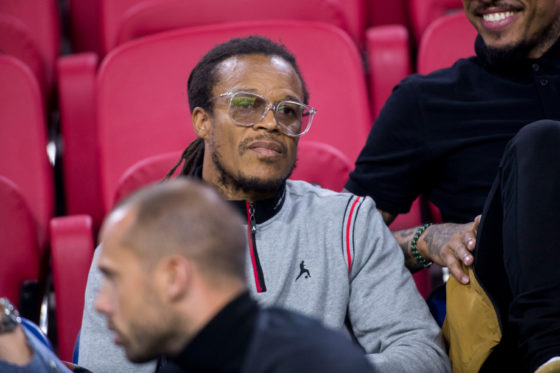 The players posted a message on social media last week saying ‘enough is enough’ after Derksen, 71, compared a pro-blackface demonstrator to a Black Lives Matter campaigner and rapper Akwasi.

Davids, speaking on NOS’s Studio Sport show, said it was time to draw a line and stop dismissing complaints of racism as ‘exaggeration’. He also called on the media to take responsibility for the contents of its programmes.

‘It’s not the first time that racist things have been said and usually it’s always been waved away. But now everybody has had enough.

‘We often say sportspeople are role models. But that applies to the media as well. They’re responsible for the information they feed to the public.

‘People constantly talk about freedom of expression, but that doesn’t mean you can insult people, surely? And it doesn’t just happen once, but repeatedly.’

Gullit, who captained the only Dutch national team to win an international trophy at the 1988 European Championships, told the Ziggo Sport show Rondo that the time had come to talk honestly about racism in Dutch sport and society.

”We need to follow through now,’ he said. ‘What makes me angry most of all is when people say it’s not so bad.

‘For me and [fellow panellist] Henk [ten Cate] it’s not so bad because of our status. But for a lot of people it’s not OK. I think it’s especially important that [prime minister Mark] Rutte has admitted that there is racism in the Netherlands.

‘We live in a great country. I’m really proud of the Netherlands, but you shouldn’t say it doesn’t happen.’