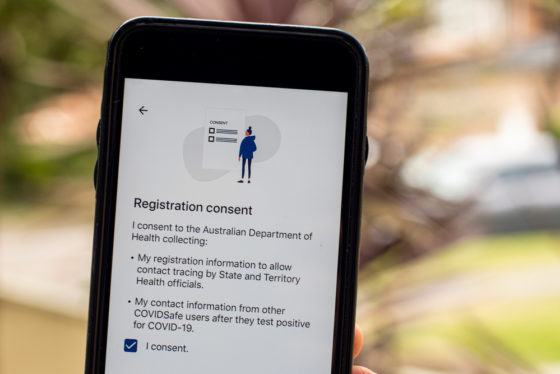 A representative group of people living in Twente will be first to test out the government’s coronavisus warning app, which will have a key role in tracing potential carriers of the virus, the health ministry said on Thursday.

Trials should begin next week. The app, based on bluetooth technology, has already been tested by soldiers and is ‘extremely reliable’ when the user comes close to an infected person, health minister Hugo de Jonge said.

The larger trial will show if the software is both user-friendly and does not lead to ‘misunderstandings,’ the ministry said in a statement. Once that test has been completed, it will be checked by the privacy watchdog AP for security concerns.

Opinion among the public about the app is sharply divided and research carried out by Delft, Maastricht and the VU universities suggests only one third of people would download it without question.

Other research by Erasmus University at the end of April showed that over half the Dutch would be prepared to use an app to trace coronavirus infections if it met proper guarantees on privacy and security.

The government hopes use of the app will improve the tracking of people who have come into contact with coronavirus patients so the spread can be monitored and small outbreaks contained.

De Jonge has said that at least 60% of the population would have to download the app for it to be effective.

RTL Nieuws reported later on Thursday that the app developers are to work with the tax office which is, according to health ministry spokesman Ron Roozendaal, a ‘logical partner’.

The department, he says, has the technical background to roll out the app on a large scale and has its own security operations centre to detect digital attacks.

However, the department has recently been involved in several high profile scandals involving ethnic profiling, and last year was at the the centre of two technology-related blunders, which may undermine trust in the app.

The tax office has also gone to court demanding the right to get information about museum card holder’s visits and motorists parking patterns in an effort to trace tax evasion.

In 2017, the supreme court said the tax office must stop checking car number plates recorded on police motorway cameras in their efforts to catch people who cheat on their company car allowance.

In 2014, however, the tax office won the legal right to require mobile car parking services such as Yellowbrick to hand over client details so it can check up on fraud.

Privacy campaign group Privacy First said in an initial reaction ‘we are glad we are not involved in this circus.’