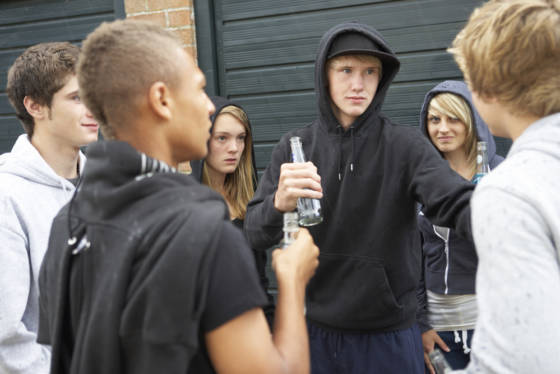 The decline in the use of alcohol by Dutch teens has stagnated and a more targeted approach is needed, reports by health institutes Trimbos, RIVM and the national health board have warned.

Smoking – cigarettes and joints –  has also remained at the same level as 2017, the reports say, although e-cigarettes have become less popular.

Alcohol use, which had been going down as well, is also stuck at the 2017 level, the reports said. In 2019 almost half of 12 to 16 year-olds had drunk alcohol and in groups 7 and 8 of primary schools one in eight pupils tried it.

However, the reports show big regional differences in alcohol use, with binge drinking (at least five drinks per session) more prevalent in the countryside due, the health boards said, to ‘environmental and background factors’.

The Trimbos Institute included research into the consumption of alcohol-free drinks among teens for the first time and found that one in 10 have alcohol-free drinks on a weekly basis. This is a worrying development, the institute said, because it can be a stepping stone to the use of alcoholic drinks.

The conclusions of the reports are worrying, the institutes say, and call for additional measures to be taken to raise awareness among teens.

In the past, regional approaches, in which local health boards work with councils, schools, sports clubs, parents, bars and shops, have proved successful.