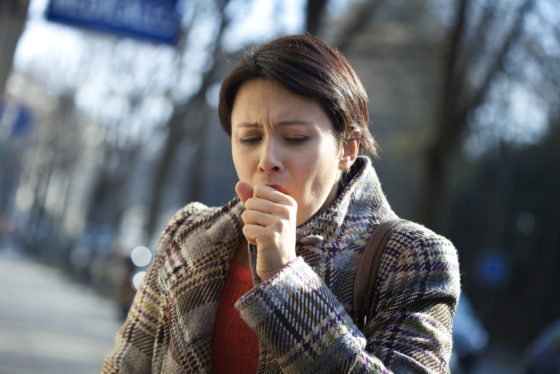 Good ventilation in public places, such as trams and nursing homes, is crucial to slow down the spread of coronavirus, according to Dutch researchers.

A team at the University of Amsterdam have found that small cough droplets, potentially containing virus particles, can float in the air in a room for many minutes, especially when the room is poorly ventilated.

The results were published in the scientific journal The Lancet Respiratory Medicine on Thursday.

The researchers asked healthy human guinea pigs to speak and to cough, and used laser light to analyse the droplets that they produced.

The light picked up large amounts of small droplets (between roughly one and 10 micrometres in size) during both speech and coughing. Larger droplets (up to one millimeter in size) were also produced during coughing.

The larger droplets fall to the ground within one second and therefore have a much smaller probability of transmitting viruses, the researchers say. However, the small droplets only move very slowly due to the large amount of air drag they experience.

‘After a single cough, it takes about five minutes for the number of small droplets in the air to be halved,’ the researchers said. These tiny droplets are therefore much more dangerous when it comes to possible transmission of coronavirus.

When the same experiments were repeated in a well-ventilated room, the results improved dramatically. With only mechanical ventilation turned on, half of the droplets disappeared within 2.5 minutes, but in a room that also had a door and window open, the number of droplets was halved after 30 seconds – ten times faster than in the unventilated room.

The results show that despite keeping 1.5 metres apart, spaces like public transport and nursing homes can still be centres for spreading the virus if they are not properly ventilated.

In addition, if droplets remain in the air for a long time, proximity tracing via smartphone apps will not give a true picture of contact moments, the researchers said.

The authorities should, the researchers say, consider recommendations to ensure adequate ventilation wherever possible in public spaces to reduce the risk of the virus spreading in droplets.

Dutch public heath institute RIVM says on its website that aerosols – or showers of droplets – have not yet been shown to have a role in spreading the virus. The virus primarily spreads through ‘large droplets which do not stay in the air long,’ the RIVM says.