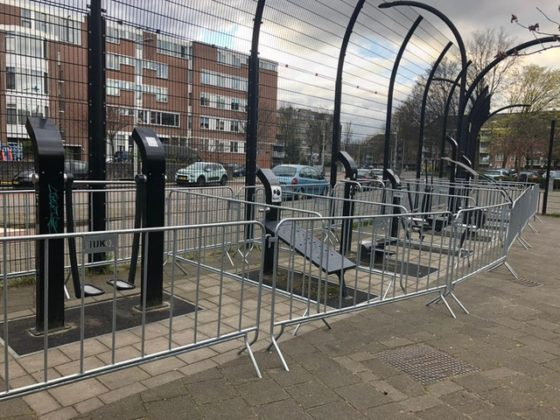 Dutch prime minister Mark Rutte has urged German and Belgian tourists not to come to the Netherlands during the Easter weekend.

‘We don’t want any Easter travelling in the Netherlands,’ Rutte said at a short press conference following a Thursday cabinet meeting.

‘Cross border traffic is shrinking – down 70% from Germany and 80% from Belgium,’ the prime minister said. ‘And if you do come, be aware that there will be minimal provisions at campsites.’

Germans accounted for 43% of spending by foreign tourists in the Netherlands last year, far more than any other nationality. Easter is a traditionally busy time for tourism in the Netherlands, with the tulips in bloom and campsites opening for the summer season.

Rutte also urged the Dutch to stay home as much as possible in the coming weekend, when plenty of sunshine and warm temperatures are forecast.

‘If you go out for some fresh air, stay in your own neighbourhood as much as possible,’ he said. ‘There will be plenty of checks to make sure groups of more than two people are keeping the 1.5 metre distance from each other.’

Some 250 people were fined for breaking the rules on the last weekend of March, when it was also sunny, according to police figures.

The Hague’s acting mayor Johan Remkes has warned that he will close roads to the beaches if too many people head for the sea.

Roads to the Wadden Sea islands of Terschelling, Vlieland and Schiermonnikoog will not be closed, but there will be extra monitoring to make sure they do not become too busy, broadcaster NOS said.

Meanwhile, a poll by I&O Research involving 2,300 people found 99% claim to keep to the 1.5 metre rule, 97% wash their hands more often and 93% are staying home as much as possible.

The survey also showed 88% of people are satisfied with the government’s approach to the crisis.