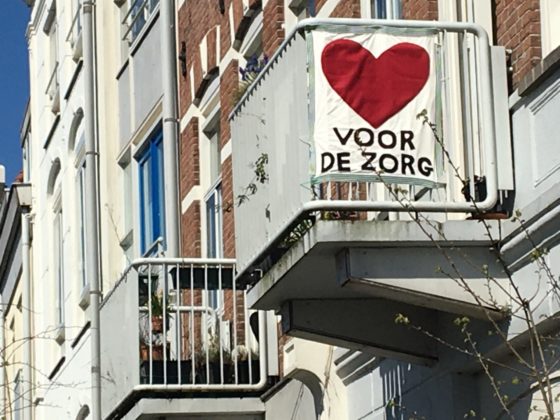 Social affairs minister Wouter Koolmees, who is heading up the government’s €10bn effort to support companies and jobs during the corona crisis, has warned against naivety, saying people will still lose their jobs and companies will go bust.

‘This crisis is having a structural impact,’ he told the AD at the weekend. ‘The travel sector, aviation and hospitality industries are being dealt very heavy blows. Supermarkets and DIY stores are booming, the rest of the retail sector is not. And in farming, while cut flower growers have been hardest hit, other companies are about to start harvesting.’

The three month deal to help companies pay staff could be extended by a further three months if the crisis continues, Koolmees said.

But he admitted that some companies are letting temporary and call-out staff go, even though the scheme is meant to cover flexible staff as well. ‘I am most concerned about them,’ Koolmees said.

KLM, for example, has has already asked for government help to keep paying the salaries of regular staff and is laying off thousands of workers on temporary contracts.

In addition, thousands of freelancers and gig economy workers have already applied for emergency help from their local authority under a scheme which will make their income up to basic welfare levels.

Meanwhile, big Dutch companies have not so far shown willingness to cut directors’ salaries because of the coronacrisis, the NRC reported at the weekend.

Although construction group BAM is cutting senior staff salaries by 20% and budget retailer Action has brought in a 35% pay cut, they are the exception rather than the rule, the NRC said.

Airline KLM, for example, has not followed the example of parent company Air France-KLM, where chief executive Tom Smith has taken a voluntary pay cut of 25%.

Pieter Eilbers, who earned some €900,000 last year in salary and bonuses, told television chat show Op1 that he is ‘managing the crisis’ and would not be taking a similar step.

Among the 25 companies approached by the paper, Shell told the NRC that the question is a legitimate one and would be considered. ABN Amro said that it saw no reason to cut executive pay, given that the CEO’s pay is already the lowest in the AEX blue chip index ‘and we don’t pay bonuses to senior staff’.

Heineken said it is too soon to take such a decision, while Unilever said the issue had not yet been discussed.

The situation in the Netherlands is in sharp contrast to Britain, where almost 40 blue chip companies have given in to political and shareholder pressure and are cutting executive pay, the paper said.

Meanwhile, Quote columnist Robert De Boeck has called on entrepreneurs to show their resistance to the government’s plans because ministers ‘don’t realise that there are limits to solidarity’.

Pointing out that most of the people who have died are elderly and in poor health, De Boeck asks why no-one called for a lockdown during the flu epidemic two years ago.

Politicians, he said, ‘would appear to be in total panic because of the media hype, and none of them are asking themselves how far solidarity should go.’

Small firms in particular are heading to the wall, De Boeck, who is also founder of investment company Antea, points out. And it 200,000 small firms close and 500,000 people end up losing their jobs because of the ‘intelligent lockdown’ they will be asking ‘how they can pay their rent or their mortgage or their healthcare premiums’.

‘The longer we are limited in our movements, the fewer small firms will survive,’ he said. ‘It is all worth it?’