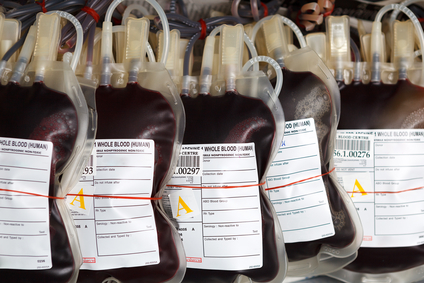 As many as 3% of people in the Netherlands may have developed antibodies against coronavirus, indicating they have some immunity against Covid-19, the public health institute RIVM said on Thursday.

Blood bank operator Sanquin arrived at the figure after studying blood and plasma samples from around 7,000 donors aged between 18 and 69 during a one-week period. If the 3% figure is reflected in the general population, as many as half a million people may have developed antibodies.

Jaap van Dissel, the RIVM’s head of infectious disease control, stressed that the presence of antibodies did not guarantee that a person was immune. The research into immunity is ongoing and has not yet been published in a peer reviewed journal, he told MPs during the weekly technical briefing.

Experts have said around 60% of the population needs to be immune from the virus to ensure a sufficient level of protection.

Van Dissel also said there were still concerns about the spread of the virus in nursing homes, where there is a shortage of protective equipment and staff are struggling to adhere to strict hygiene regulations. The virus is estimated to have infiltrated around 900 of the 2500 care homes in the country.

Nienke Nieuwenhuizen, chair of Verenso, the professional body for geriatric care, said the number of deaths in institutions had increased fivefold in the last two weeks. ‘It’s almost inevitable that people in a nursing home will be exposed to the virus given that it is flying all round the Netherlands,’ she said.

‘Identifying illnesses in this highly vulnerable group is very complicated. Vulnerable elderly people don’t always say if they have headaches or sore throats and don’t always become feverish. You need to be very quick with this virus and that’s difficult with vulnerable people in care homes.’

Van Dissel said experts were starting to consider the ‘exit strategy’ from the lockdown, which could include allowing the northern provinces, where the infection rate is much lower and under control, to ease their restrictions faster.

The Netherlands would be studying other countries that are starting to come out of lockdown in the next few weeks to see if the virus begins spreading again. ‘Norway has already started reopening creches and primary schools. That gives us a bit of time to see what the effect is before we make our decision,’ said Van Dissel.

The government is due to finalise its plans for the next stage of the lockdown next Tuesday, a week before the deadline for the current measures expires on April 28.

Van Dissel also explained why the RIVM was not recommending the use of face masks in the general population – in contrast to other countries such as Germany and the United States.

‘The added value is extremely limited and there is a shortage within the care sector, so using them would give a false sense of security,’ he said.

The RIVM said testing capacity had been increased and the 40 laboratories were now capable of carrying out 17,500 tests a day. All healthcare workers who have experienced symptoms for longer than 24 hours will now be tested.