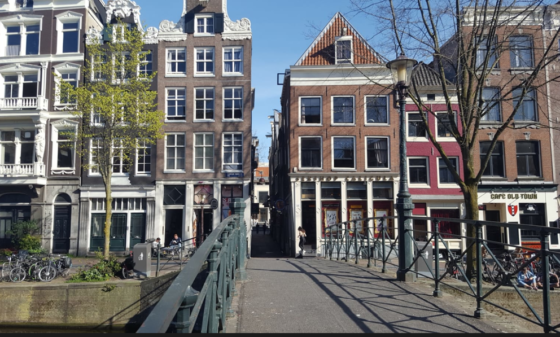 Amsterdam’s red light district is empty of tourists because of coronavirus. Photo: DutchNews.nl

Amsterdam city council is to ban tourist rentals in the heart of the old city and part of the canal area, and will bring in special permits for the rest of the city from July 1.

The ban will roughly cover the 1012 and 1017 postcode areas and is being introduced after research showed the number of tourist rentals is having a major impact on locals.

‘Local residents should be able to enjoy living in their own neighbourhood,’ said housing alderman Laurens Ivens. ‘They are already having to deal with the consequences of tourism on the street, so it is important that they do not experience problems in their own areas as well.’

Some 80% of people living in the city centre have to deal with problems caused by tourism, Ivens said.

The ban on holiday rentals will not apply to bed & breakfast operations with a licence but will stop all other forms of renting to tourists via platforms such as Airbnb.

The city is also bringing in permits for holiday rentals in the rest of the city. Permits will only be awarded if the property is lived in most of the time, if the property is not rented out for more than 30 days, and is rented to no more than four people. Landlords will also have to register each rental period with the city.

Fines will run up to almost €21,000. Officials say the new system of permits will make it easier to check up that landlords are not breaking the rules.

The introduction of permits follows a Council of State ruling earlier this year, which said that holiday rentals in the Netherlands are technically only possible with a licence.

City research shows one in 15 properties in Amsterdam has been rented out via Airbnb at some point and there are some 25,000 adverts a month for holiday rentals in the capital across various platforms.

The Hague city council is effectively banning all locals from renting out their property or a room via agencies such as Airbnb following the court ruling. It has decided not to set up a licencing system.

The Hague ban will probably last until the end of this year, by which time the government will have finalised national legislation to cover holiday rentals. Those national rules will allow local authorities to require holiday lets to be included on a register in areas where housing is in short supply.

The registration number must then be included in adverts on platforms such as Airbnb. But the platforms have made it clear already they will not force landlords to include the registration number immediately, leading campaigners to say the legislation does not go far enough. Airbnb has said it will enforce use of the number after six months.

Acting housing minister Stientje van Veldhoven said at the end of last year websites like Airbnb cannot be forced to hand over information to councils for checking because it would go against EU guidelines which view holiday rental sites as information platforms.

Airbnb told DutchNews.nl in a statement that 95% of listings on Airbnb are outside these areas and help disperse tourism and spread financial benefits across the city.


‘We are also deeply concerned these proposals are illegal and violate the basic rights of local residents,’ Airbnb said. ‘While City Hall has been working on measures to take income away from Amsterdammers and businesses, Airbnb has introduced new and effective tools to tackle noise and nuisance that have already been welcomed by alderman Ivens.’

The agency points out that one-third of Airbnb landlords say they need their earnings to help make ends meet.