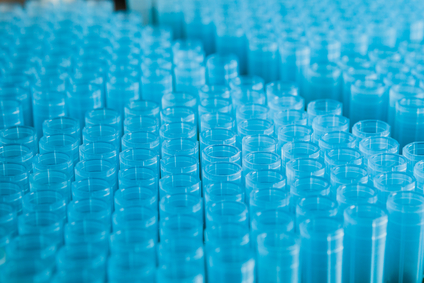 Swiss pharmaceuticals company Roche is unable to meet demand for coronavirus testing kits but is unwilling to share key information with labs to help them carry out mass testing, Dutch investigative website Follow The Money said on Thursday.

Most Dutch testing labs work with Roche equipment and depend on the Swiss firm for supplies. And due to special deals known as a ‘vendor lock-in’ they are not able to turn to alternative sources to stock up on essential items, FTM says.

The Volkskrant reported earlier that most Dutch labs use Roche testing equipment and that the shortage of lysis buffer – a liquid used to break open cells – is one reason why the Netherlands is not carrying out mass testing.

According to broadcaster NOS, Roche has 80% of the Dutch market.

Roche told DutchNews.nl is a statement that it is committed to delivering as many tests as possible to areas where they can be most effective. However, to safeguard supply, the company said it strongly advised focusing testing on patients with symptoms, not with broad testing.

‘Today, media in the Netherlands reported that Roche Netherlands is not providing enough test material to laboratories and asked Roche to publish the recipe for one reagent, called lysis buffer solution. We clearly state that this story is wrong,’ Roche said.

‘There is no patent protection on lysis buffer itself. Roche will not guarantee safety and reliability of the quality and test results if the reagents required for the test are manufactured outside our own production network as well as those qualified production sites we are already working with. Safety and reliability of our components have been approved by regulatory authorities.’

Meanwhile, health minister Hugo de Jonge has told parliament he is in talks with Roche about the recipe for making the liquid so that Dutch pharmacies can make it themselves and expand testing in the Netherlands.

‘Talks are underway. We are doing all we can to get the formula,’ he said.

The government has appointed Feike Sijbesma, the former chief executive of DSM, as its corona test expert. Sijbesma will focus on assessing and the availability of tests on the market and those being developed.

This story has been updated to reflect Roche’s comments to DutchNews.nl