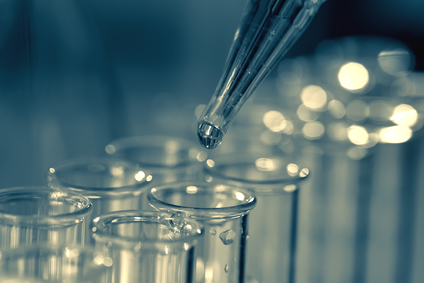 The World Health Organisation sees testing as a key strategy to combat coronavirus. So why are the Dutch only focusing on testing people with serious symptoms and hospital staff?

What does the WHO actually say?
The organisation’s director-general Tedros Adhanom Ghebreyesus has said several times that ‘testing, testing, testing‘ is key to public health efforts as well as individual concerns.

Experts do suggest that widespread diagnostic testing, plus contact tracing and quarantining those contacts, may have been key in South Korea’s suppression of the virus.

Read this interview with a top WHO official in Time

What is the official Dutch policy on testing?
‘At the moment tests are being carried out on people with serious symptoms so that healthcare workers know if they have coronavirus or not and how they should be treated,’ Chantal Reusken, a virologist with the public health institute RIVM, told the Volkskrant.

Healthcare workers are also being tested to make sure they do not spread the disease.

In front-line services, it is up to family doctors to decide if someone should be tested, and priority is given to the elderly and people with other serious health problems, according to the RIVM protocol.

Is there a shortage of testing material?
The shortage is not of people or machinery but of basic lab equipment such as pipettes and test tube racks, as well as key chemicals to break open cells during the test itself, according to the Volkskrant. The lockdown in China also led to supplies drying up.

The test capacity in the Netherlands is 9,000 a day, spread across 34 different labs. ‘But that is without shortages,’ Chantal Reusken told the Volkskrant. So far the Dutch have carried out 23,000 tests.

A spokesman for the RIVM told broadcaster RTL Nieuws that the Netherlands is carrying out plenty of tests. ‘We don’t think the WHO is targeting us,’ the spokesperson said. ‘We are carrying out some 2,000 tests a day.’

So why are they able to carry out more tests in Norway and Germany?
It is, says the Volkskrant, mainly down to the market, established buying strategies and agreements which countries have made with suppliers and labs. In addition, some countries are lucky because manufacturers need a testing ground, virologist Marion Koopmans told the Volkskrant.

According to broadcaster NOS, Germany has capacity to carry out 200,000 tests a week and is currently testing 160,000 people. In Germany doctors decide who to test and the guidelines are not as strict as in the Netherlands. Worth noting, the population of Germany is five times that of the Netherlands.

Others argue it is too early to comment on the relatively low death rate in Germany so far. In addition, experts told the Guardian the mortality rate in Germany may rise in the coming weeks as high-risk areas become harder to identify and testing capacity is stretched.

Other countries, including the US, have adopted a similar strategy to the Netherlands.

What about self-testing kits?
There are a lot of kits out there but experts recommend against them for a variety of reasons. Firstly, if the cells are not scraped properly, the test could give the wrong result. Secondly, the tests may fail to identify the COVID-19 version correctly.

The RIVM stresses that the tests, which it says are for rapid results rather than self-testing, should only be used by professionals. Health inspectors have also recommended against self-testing.

Is the strategy the same nationwide?
No. The four northern provinces Groningen, Drenthe, Friesland and Overijssel are planning to step up the rate of testing for Covid-19. Alex Friedrich, a microbiologist at the UMCG teaching hospital in Groningen, told De Groene Amsterdammer this week that the region was ‘departing from the national policy’ of only testing patients when they start to show symptoms.

So far there have been relatively few cases in the north, allowing contacts to be more easily traced, as was the strategy in Brabant at the start of the outbreak.

Friedrich told the magazine he rejected claims that testing rates were low because not enough testing kits were available. ‘I’ve never understood why people keep insisting that this is the case. We don’t have a problem with capacity. Sometimes a particular lab has a shortage of particular materials, but that’s business as usual, you can fix that,’ he said.

Health minister Hugo de Jonge, however, maintains that there is a shortage of testing capacity. Guidelines are currently being worked out which everyone will have to stick to, he said.

The information in this article is based on the views of experts published by the Volkskrant, the Groen Amsterdammer, the Guardian, CNN, Science and RTL Nieuws as well as information from the RIVM and WHO.