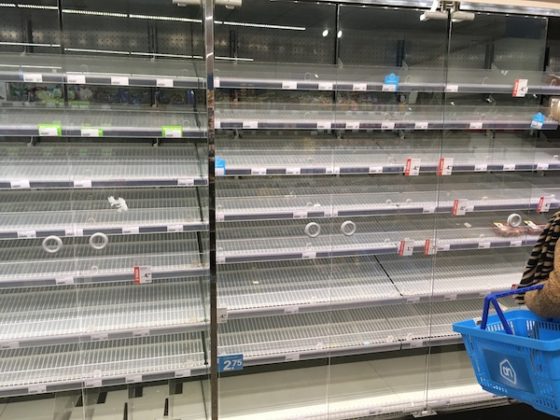 The Liberal democratic party D66 and pensioner party 50Plus have called on supermarkets to introduce special opening times for older and more vulnerable shoppers, in the light of the coronavirus outbreak.

In Belgium, for example, Delhaize is giving priority to pensioners between 8am and 9am and is limiting the number of shoppers in the stores. Delhaize is part of the Ahold Delhaize group which owns Albert Heijn. In the UK, British frozen food specialist Iceland is doing the same and similar measures have been taken in Australia.

So far Dutch supermarkets have not adopted the idea, although a spokesman for the CBL food retailers association described it as ‘kind’.

The panic buying of the past few days has done wonders for supermarket sales, with shoppers spending almost €1bn on toilet paper, pasta and other essential supplies last week, according to research group Nielsen.