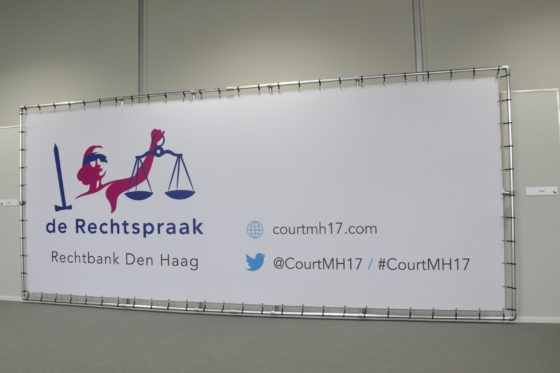 The trial of four men charged with 298 counts of murder for the shooting down of MH17 is continuing on Monday – but without press, public or victims present because of measures to prevent coronavirus.

Preliminary hearings have reopened following a week and a half recess while the judges discussed a number of requests presented during the opening of the trial.

Court officials announced last week that, due to measures to stop the spread of COVID-19, the case will continue in an ‘adapted form’. It is continuing to be live streamed.

The three-judge panel will rule on a number of questions from the prosecution, including which witnesses need to be reinterviewed and whether the judges will travel to the airbase in Gilze-Rijen where much of the wreckage is stored.

The prosecution also wants further investigation into the possible manipulation of images, which are being used as evidence, by the Russian Federation.

MH17 took off from Schiphol airport on  July 17, 2014, en route to Kuala Lumpur and was shot down over eastern Ukraine, killing everyone on board. Most of the victims were Dutch.