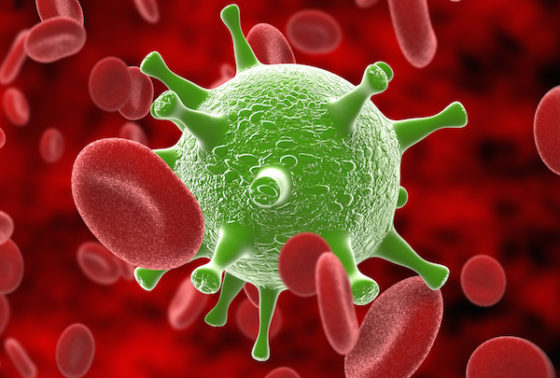 We asked you what extra information you needed about coronavirus in the Netherlands. Here are the answers to some of your questions.

Is the Netherlands doing enough to combat the spread?
The Netherlands is currently in phase 1 of the pandemic, the containment phase. This means that efforts are being made to stop the virus spreading, such as by urging people in Brabant to avoid social contacts and to work at home.

Some experts suggest that the Dutch rules are still too relaxed and have suggested that all large events and sports matches should be cancelled, for example. Andreas Voss, a professor of infectious diseases at Radboud teaching hospital in Nijmegen, told Nieuwsuur on Wednesday night that the measures being applied in Brabant should be brought in nationwide.

‘Stopping shaking hands is symbolic,’ he says. ‘If we really want to top coronavirus spreading, we have to make the recommendations for Brabant much clearer and stricter and take them wider than the province.’

However, according to RIVM expert Jaap van Dissel, science is key to how we approach the virus. The Dutch approach, he says, is making life difficult for the virus by isolating cases and avoiding physical contact and by identifying new cases.

‘If the number of cases in the Netherlands was rising much more sharply than abroad, I would see the the point, but that is not the case,’ he said.

‘Outside Brabant, it is primarily people who have been in contact with travellers who have caught the virus,’ he says. ‘That can lead to small family clusters but not much else. Otherwise we would have seen a sharp rise in hospital admissions and that has not happened.’

Total number of official cases: 614 as of March 12. However, officials say we should not focus purely on the official figures. ‘There are probably far more people with slight symptoms who are at home and are not included,’ says Sjaak de Gouw, of the Dutch public health board GGD. In 80% of cases the symptoms are mild. Only people who have a temperature are being advised to contact their doctor.

Professor Voss suggested on Nieuwsuur that we should accept 30% of the population could become infected. ‘But the question is, are we going to get a fast upward curve or a slow increase,’ he said.

Deaths: All five people who died so far were over the age of 60 and had underlying health problems.

How many people have recovered? The Dutch are not keeping these statistics. People are considered to have recovered and be non-infectious 24 hours after having no symptoms.

Regional breakdown: The RIVM has an interactive map showing where corona infections are being confirmed on a town and city basis. There are no regional statistics available showing how many people have been tested in each area. 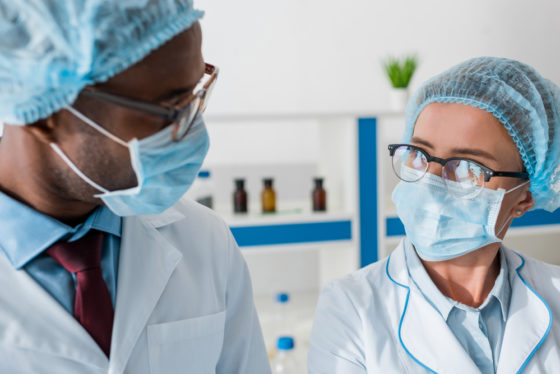 How many tests have been carried out: 10,000, as of March 11, but this includes double testing on some patients. Twelve labs in the Netherlands are equipped to carry out the tests.

Who is being tested? People with serious symptoms and who have been in one of the risk areas.

People with mild symptoms are not being tested in the Netherlands, nor are people who share a home (friends or family) of people who have had a positive test.

‘It is not important for the epidemiology to know if three people in the same family are infected because they are already probably self-isolating. We are not testing to find out how many people have been infected but to find out how the virus is spreading, so we can act accordingly,’ says De Gouw.

In addition 42 GP practices nationwide are referring everyone who reports with flu or breathing issues for a test to find out if the virus is spreading. So far, just one patient attending a doctors surgery in Eindhoven has tested positive, as has one in Utrecht. Utrecht has the next highest number of cases to Noord-Brabant.

Is there any specific information for schools?
The Dutch government website has information in English about schools and daycare centres and states that at the moment there is no cause for closing them.

The Dutch secondary school association website has an information section (in Dutch) with links and recommends schools follow the instructions of the RIVM. It also recommends schools contact their local health boards with specific questions. 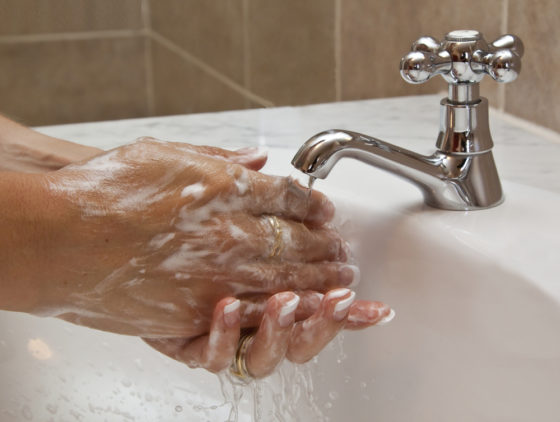 What steps can you take to protect yourself?
Health officials say regularly washing your hands is one of the best preventative measures there is. Our survey shows that 13% of our readers have still not started doing this.

Washing your hands destroys the membrane surrounding the virus. This membrane helps the virus to stick to skin, which then gets transferred to your face. Antibacterial soap is not more effective than ordinary soap.

The government is also recommending people avoid using physical contact as a greeting, as in handshakes and kissing

Is the cleaning of buses, trains and trams being stepped up?
Dutch railway company NS and public transport companies have brought in new rules to eradicate hand to hand touching and ticket inspectors will ask travellers to place their own cards on scanners to check they have paid.

It is up to passengers to decide if they want to travel in busy rush hour trains and trams and the RIVM has not said that services should be reduced or altered, Pedro Peters of public transport organisation OVNL told the Telegraaf.

Cleaning will be stepped up but trains and trams will not be continually disinfected because the virus if primarily spread through the air and hands rather than on surfaces such as knobs to open tram doors, Peters said.

Is there a plan to activate if the situation becomes worse?
Yes. The government and health officials are working on contingency plans should the spread of the virus and its impact worsen. This is being done behind the scenes.

Can I still go on holiday?
No-one can predict how the virus will spread in either the Netherlands or abroad. The Dutch foreign affairs ministry has up-to-date advice on foreign travel and has set up a red to green coding system for coronavirus. Currently China, Iran and Italy should be avoided for all but essential travel. The Dutch government website has more information in English.

The answers provided here have been compiled via the RIVM, government websites and interviews in the Volkskrant, Telegraaf, NRC and on NOS, Nieuwsuur and RTL Nieuws.