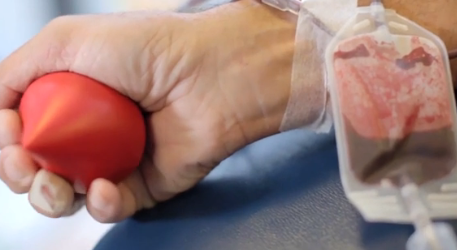 Blood banks in the Netherlands are to test samples for coronavirus in order to track the level of immunity in the population.

Blood bank operator Sanquin said the tests would be carried out regularly on incoming blood and plasma donations to monitor the presence of antibodies, which indicate that a person has developed resistance to the virus.

There are around 331,000 blood and plasma donors in the Netherlands, of whom 10,000 give blood weekly. Plasma donors are particularly interesting because they donate on average five times a year, which allows researchers to track the spread of immunity.

Prime minister Mark Rutte said on Monday night that building up ‘herd immunity’ was one way of protecting people from the virus unitl a vaccine can be developed.

His statement was criticised in some quarters for suggesting that the government was deliberately allowing people to be exposed to Covid-19. The disease control agency RIVM has since clarified that herd immunity is not ‘an aim in itself’.

Microbiolologist Hans Zaaijer at Sanquin said around 99% of donors had given permission for their blood samples to be tested. The data will be stored anonymously.

He told AD: ‘Around 2000 blood donors come to the blood bank every day. That’s a good representative sample of people aged between 18 and 79 across the country.