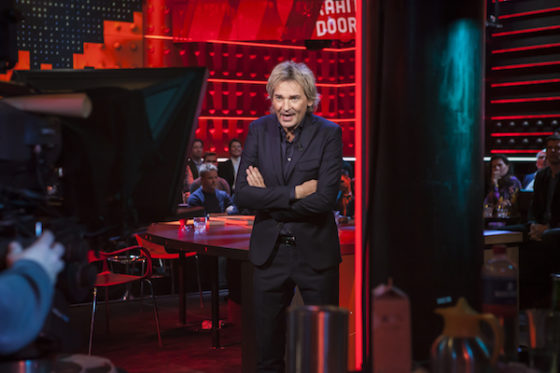 
Van Nieuwkerk, who has come under fire repeatedly for his high pay cheque, has presented the prize-winning show since its launch in 2005. The last episode will be broadcast on March 27.

‘DWDD has been a fabulous adventure and many dreams have come true,’ Van Nieuwkerk said of his departure. ‘But I now want to shake things up. I am hoisting the sails.’

Despite suggestions that he may jump ship and go to the commercial sector, the presenter will remain working for public television and has plans for a new Saturday night show from next year.