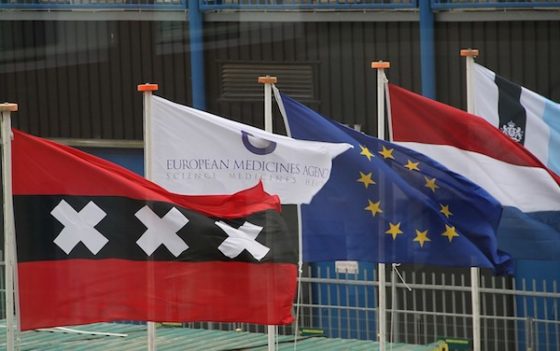 A record 397 foreign companies set up shop in the Netherlands last year, of which 78 made the move because of Brexit, according to new figures from the Dutch foreign investment agency NFIA.

In total, 140 companies have now started some form of operation in the Netherlands  because of Brexit, and they are expected to create some 4,000 jobs between them, the NFIA said.

Not all the firms are moving from Britain and some have opted to set up new European operations in the Netherlands rather than the UK because of the uncertainty caused by Brexit.

The agency says it is currently in talks with 425 companies which are considering either moving to the Netherlands or expanding their current operations because of Brexit.

‘Much will depend on the specifics of an economic partnership between the UK and the EU,’ said agency chief Jeroen Nijland. ‘The impact of this will vary from sector to sector and the pressure to reach agreements will be high this year. We see that a lot of companies and investments are waiting for the impact of these new agreements before making a decision.’

Together the new arrivals are expected to create 14,000 direct jobs and invest €4.3bn in their Dutch operations over the next three years, the NFIA said.

‘Foreign companies make an important contribution to our economy and account for 30% of the total private spending on research and development,’ economic affairs minister Erik Wiebes said. ‘This contributes to solving challenges that we face as a country and to our future earning potential.’

Most new arrivals came from North America and Asia (94 and 93), followed by Europe with 55.