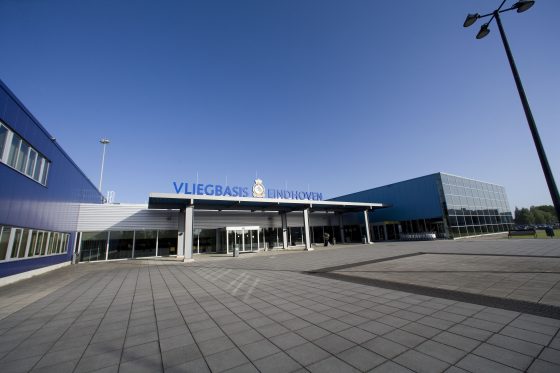 Eindhoven airbase, where the evacuees are recovering from their journey. Photo: Defensie.nl

Seventeen people who were evacuated from the Chinese city of Wuhan following the outbreak of the coronavirus have arrived at a military base in Eindhoven.

The group, comprising 15 Dutch citizens and two Chinese partners, arrived by bus shortly after midnight on Monday. They were among a group of 250 evacuees who were flown out of China via Marseille and Brussels.

They were transferred to military accommodation initially but will be allowed to return to their homes for the 14-day quarantine period as long as they show no signs of illness, no other families are living with them and they stay in a separate room.

Around 30 of the passengers on the flight to Marseille were kept in a separate section at the front of the plane because they were showing ‘mild symptoms’, according to a Dutch journalist who was on board.

Passengers bound for Brussels, including the Dutch evacuees, were transferred to another plane in Marseille. The Dutch contingent made the rest of the journey by coach.

Foreign affairs minister Stef Blok thanked French and Chinese authorities for their co-operation in taking the evacuees out of the country.

The Dutch citizens who departed from #Wuhan last night have just arrived in Eindhoven. I am thankful to France 🇫🇷 and China 🇨🇳 for helping to facilitate their journey.

On Sunday Chinese authorities said 17,300 people had been infected with coronavirus, 362 of which have died. All of the deaths have been in China, with the exception of one Chinese national who died after travelling to the Philippines.

The virus is thought to have originated at a seafood market in Wuhan, a city of 11 million people in central China, where snakes, marmots and poultry were on sale. Five other Dutch nationals living in the city have opted to stay.