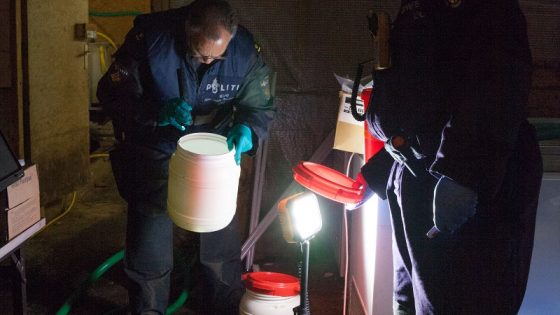 MPs, television celebrities, lawyers, leading lights from the dance scene and health experts are among the 79 people who have signed a new manifesto calling for major reform in official Dutch drugs policy.

‘The need for a new and realistic drugs policy is greater than ever. The international drug trade has taken root in the Netherlands and with serious consequences,’ the online manifesto states.

‘Mayors are receiving death threats, a lawyer was murdered and ecstasy waste dumping is threatening the environment. But the manifest powerlessness in the face of drug-related crime is making for ever greater repression.’

The signatories, including D66 MP Vera Bergkamp, former VVD minister Frits Bolkestein and dance pioneer Duncan Stutterheim, say the aim is to reduce the risk of drugs to health and boost public safety – firstly by tackling the revenue model.

Regulation, the signatories say, will open up more possibilities when it comes to prevention, public information, price and quality.

‘A new approach must distinguish between the harmful effects of different drugs,’ the manifesto states. ‘Ecstasy and hallucinogenic mushrooms present different risks to health than cocaine and ghb. We must learn from experiments and build on them.’

The manifesto calls on the government to set up an independent committee to come up with recommendations to reform drugs policy. ‘We are realists. It won’t be this cabinet which will instigate the change,’ the document concludes. ‘But we are happy to start the discussion today.’

MPs from the ruling ChristenUnie and CDA have been quick to dismiss the manifesto, pointing out that most drugs produced in the Netherlands are exported abroad.

And Amsterdam police chief Erik Akerboom has said several times more should be done to counteract the ‘normalisation’ of drug use and that users are supporting violent crime.

Last November, the cabinet set aside an extra €110m to combat organised crime, some of which will be used to set up a special anti-drugs unit similar to America’s Drug Enforcement Administration.

Last February an influential police union labeled the Netherlands a narco state and at the end of August, a new report commissioned by Amsterdam’s mayor said that the city is unable to tackle drugs-related criminal activity.

Behind the scenes, the report said, the big drugs bosses have no trouble amassing large fortunes in what the Telegraaf called ‘a golden age for the Amsterdam drugs criminals’.