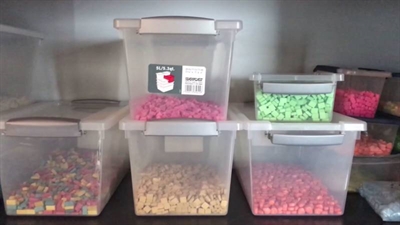 ‘Save the country, allow drugs!’ It’s almost ten years ago that a manifesto with that title was published, signed by such prominent politicians as Hedy d’Ancona, Frits Bolkestein and Els Borst. They, and others like them, were calling on the government to regulate drugs, re-evaluate its drugs policy and end the useless war on drugs.

That call is even more relevant today than it was then. The need for a new and realistic drugs policy is greater than ever. The international drug trade has taken root in the Netherlands and with serious consequences. Mayors are receiving death threats, a lawyer was murdered and ecstasy waste dumping is threatening the environment. But the manifest powerlessness in the face of drug-related crime is making for ever greater repression.

Repression has the opposite effect

Once again the familiar mantras of more laws and more repression are being been trotted, but they are not going to make the difference. The opposite is true, as we can see in other parts of the world where repression has caused crime to flourish. Calls for research into alternative options favoured by many scientists are routinely ignored or dismissed as ‘unrealistic’.

It would be an act of great courage to ask ourselves if we are on the right track and if a change of course is needed. We must break the taboo. It’s time for a new manifesto, supported by people from all parts of society, including politics, science, addiction care and the law.

The people who have signed this manifesto are divided on the subject of drugs. Some of us oppose the use of drugs. Others feel people should be free to use them. But all of us are united in believing that the government must limit the harmful effects of both drug use and combating drugs based on a drugs policy that works.

Illegality fuels crime. That is why we must tackle the revenue model of the criminals and make a regulated – not a free – drug market the starting point of a new drugs policy.

Regulation will open up more possibilities when it comes to prevention, public information, price and quality. A new approach must distinguish between the harmful effects of different drugs. Ecstasy and hallucinogenic mushrooms present different risks to health than cocaine and ghb. We must learn from experiments and build on them. A government which takes control in a controversial market deserves praise.

For a new approach to drugs our ideas need to be made concrete and looked at objectively. We propose to install an independent state committee to come up with recommendations to reform our policy on drugs.

We are realists. It won’t be this cabinet which will instigate the change. But we are happy to start the discussion today.

For a list of all 79 signatories, including lawyers, politicians, health professionals, people from the dance scene and television presenters, see the website.

This is an unofficial translation