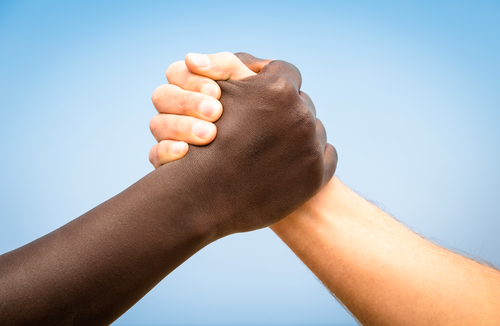 The cabinet and football association KNVB will shortly announce a number of measures to combat racism in football stadiums, the AD reported on Wednesday.

The package, which is expected to be finalised this week, will include more and better camera surveillance at the stadiums and an app which enables supporters to report incidences of racial abuse anonymously, the paper was told by people involved.

A register for supporters who have been banned from the stadiums may also be among the plans, as may be a ‘personal approach’ which includes a wider look at perpetrators’ lives outside the stadium, for instance in cases of drug abuse or debt.

Although none of the plans are new, the measures were never broadly applied, the AD said.

However, a ‘feeling of greater urgency’ had been created following a meeting between the KNVB and government officials, the paper said. Excelsior player Ahmad Mendes Mereira, who suffered racist abuse from FC Den Bosch supporters in November, was also present at the meeting.

It is ‘abundantly clear’ the problem is much wider than the FC Den Bosch stadium, a spokesperson for sports minister Bruno Bruins told the paper. ‘We really have a problem, and we must seize the momentum to tackle it together. We are concentrating on football because racism is most visible there, and because this sport in particular mirrors what goes on in society.’

The KNVB will decide later this week if FC Den Bosch can be held partly responsible for the racial abuse suffered by Mendes Moreira. On Monday the club handed out a provisional ban to a number of supporters following an analysis of footage taken during the game.