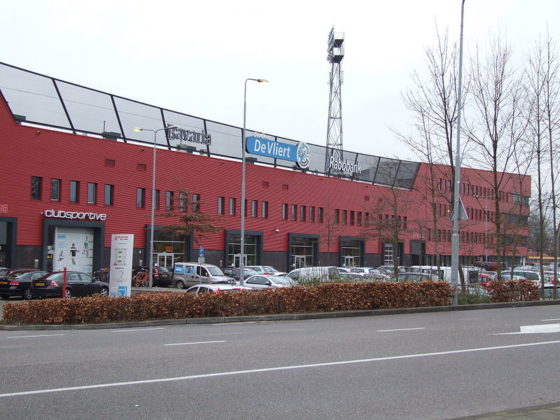 The Dutch FA and prosecution service are investigating an Eerste Divisie match at the weekend that was halted because of sustained racial abuse against one of the players.

The referee suspended the game between FC Den Bosch and Excelsior in the 28th minute, after Excelsior striker Ahmad Mendes Moreira complained of being targeted by a section of the home fans. It is the first time a professional match in the Netherlands has been stopped because of racism.

Moreira scored a goal 15 minutes after play resumed to put his team 2-1 ahead and celebrated by cupping his hands to his ears in front of the Den Bosch supporters. The match finished 3-3.

The prosecution service (OM) in Noord-Brabant said it was studying camera footage from the game with police to identify possible offenders and decide what action, if any, to take.

The KNVB said its protocol on offensive chanting had been ‘correctly followed’ and it would be investigating the allegations of racism. One of the fans appeared to give a Nazi salute while Moreira was talking to referee Laurens Gerrets.

‘We will look together with the club at how we can trace and deal with the offenders,’ the organisation said in a statement. ‘This incident will be investigated further via the independent disciplinary system.’

Den Bosch posted a statement after the game denying the chants were discriminatory, but on Monday it released a new one admitting it had ‘completely got the wrong end of the stick’ in its initial response.

‘That reaction was a blunder and the club wishes to apologise to everyone, especially Excelsior player Ahmad Mendes Moreira.

‘We are deeply shocked after talking to the squad and others involved on Monday morning. It is clear that there were indeed racist comments made from the stand. The club will carry out further investigations into what actually happened and make every effort to trace and punish people who were guilty of unacceptable behaviour.’

Senior international player Memphis Depay condemned the incident on Twitter and called for both the KNVB and UEFA to take action.

I’m sick and tired to see these images over and over! When is it going to stop!!? #SayNoToRacism @KNVB @OnsOranje @UEFA what we going to do? Specially with the upcoming @EURO2020 pic.twitter.com/DUt0y2h8IA— Memphis Depay (@Memphis) November 17, 2019

In a post-match interview Moreira said he had heard racial slurs including kankerneger and ‘cotton picker’ from the home fans. He also vented his anger at Den Bosch coach, Erik van der Ven, who he accused of calling him a ‘pathetic little man’ after the game.

‘We’re in 2019. Do you think we should still be accepting this? I’m angry and disappointed that this still has to happen,’ the player said.

Moreira said some of the chants referred to Zwarte Piet, the blackface character who is part of the St Nicholas festivities in December. The character has been the focus of demonstrations by anti-racism groups in recent years as well as sometimes violent counter-protests by ‘pro-Piet’ campaigners.

Den Bosch was one of the flashpoints of this year’s otherwise generally peaceful Sinterklaas processions, with smoke bombs being thrown and one person arrested for throwing a rock at a police vehicle, according to AD.nl.

‘Maybe we’ll get to hear that they were demonstrating in town because they’re pro-Zwarte Piet,’ said Moreira. ‘That’s all well and good, but it’s a bit of a coincidence that it’s said to me. That hurts me a lot.’

Van de Ven later told Fox Sports that he regretted calling Moreira pathetic. ‘The fact he ran to the stand [after scoring a goal] and stood there very provocatively, while I didn’t know exactly what had happened earlier, wasn’t such a smart thing to do, I thought. That was the only reason I said that.

‘I didn’t mean to attack the lad, because he seems like a very good and decent lad. I shouldn’t have said it, but things were a bit heated at the time. I support Mendes Moreira 100 per cent.’

Van de Ven added that he had filed a police complaint about threats he received on Sunday evening. The coach said he had had to spend the night away from home because of concerns for his personal safety.