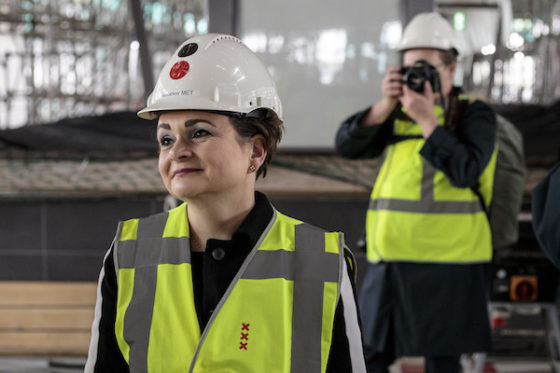 A senior Dutch official in Brussels and the head of Amsterdam’s public transport services have been named as the two new junior finance ministers, appointed to solve the mess at the tax office.

Their predecessor Menno Snel stepped down at the end of last year in the wake of the childcare benefit scandal in which hundreds of families were wrongly accused of fraud.

Finance minister Wopke Hoekstra said earlier this month he is splitting the department into three in an effort to solve the problems.

Hans Vijlbrief, the current chairman of the influential euro work group in Brussels, will take over as head of the tax office itself. Alexandra van Huffelen has been charged with sorting out the mess in the benefits department and will also oversee customs.

Vijlbrief’s appointment came as a surprise, given that he had only recently been appointed to the euro group job for a second term. ‘This is a fantastic opportunity for him to show exactly what he can do, not just in terms of providing support,’ former Dutch finance minister Jereon Dijsselbloem said.

Van Huffelen is known as a tough manager. She worked previously by Essent and was economics and port alderman on Rotterdam city council before joining the GVB in Amsterdam. She is also the first woman to be appointed to a ministerial role at the finance ministry.