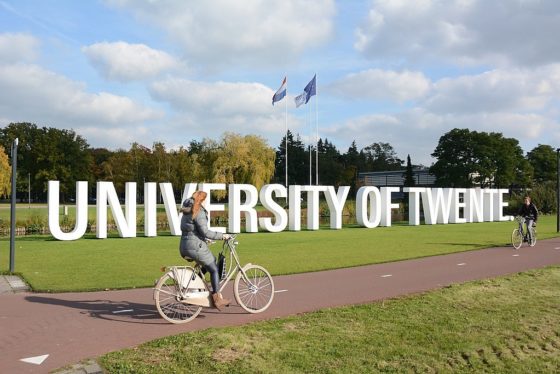 The University of Twente has denied a report in a local paper which states English is to become the university’s official language in January 2020 – by saying that the policy has already been implemented.

‘We’ve had a lot of comments and questions following today’s report in Tubantia about English as the primary language,’ the university said on Twitter. ‘To clarify: the University of Twente took the decision to use English as its primary language several years ago.

Earlier this year, officials decided how to make the switch and there is ‘no question of new or a change in policy’, the university said.


The article in local paper Tubantia has led to questions in parliament, with both Christian Democrat and Socialist MPs describing the idea as ‘bizarre’.

Tubantia said that from January, most meetings and job interviews, as well as official documents will have to be in English, with the aim of ‘contributing to the international work and learning environment’.

One third of the university’s students come from abroad and the aim is to make sure everyone feels at home, the paper said.

SP MP Frank Futselaar has asked education minister Ingrid van Engelshoven if the university’s policy is legal in Dutch law. There has been mounting concern about the surge in English at universities and Van Engelshoven said in September she wanted to reduce the growth in the numbers of foreign students at Dutch universities and hbo colleges.

‘I don’t get it at all,’ CDA MP Pieter Heerma said. ‘And the argument that you need to do it to be a top university is nonsense. They speak their own language in Zurich, Munich and Leuven.’

Last year, a lobby group campaigning for better education in the Netherlands took Maastricht and Twente universities to court for offering too many degree courses in English.

The Beter Onderwijs Nederland association said the two universities are breaking the law because they are offering English language courses without good reason to do so.

The universities won the case, although the court did say that the universities needed to better justify their increasing use of English in their codes of conduct.

DutchNews.nl has asked the university to comment on the latest row.