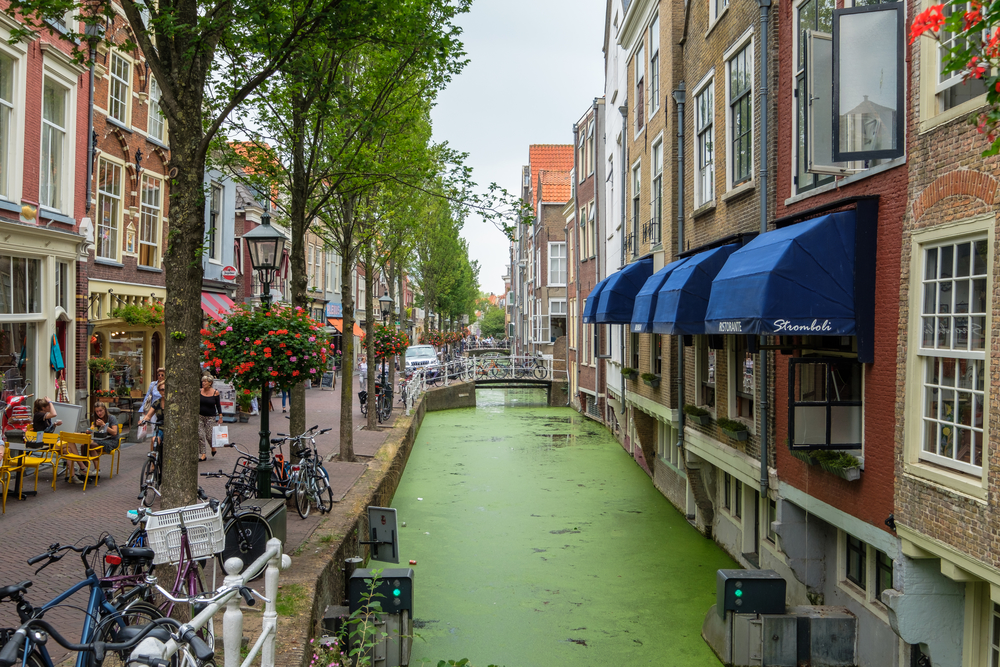 Foreign students in the Netherlands will be offered help in learning Dutch, and students from outside the EU may face higher fees, if new proposals on dealing with the internationalisation of the Dutch higher education system come into force.

Education minister Ingrid van Engelshoven said on Friday that she wanted to reduce the growth in the numbers of foreign students at Dutch universities and hbo colleges. They now account for some 11.5% of the total student body, twice the number 10 years ago.

There has been mounting concern in the Netherlands about the number of foreign students attending Dutch university and college courses, prompting many degrees to be only offered in English.

And last year, Dutch universities published a document calling for the number of courses given in English to be capped in an attempt to contain the growing number of international students.

Although students from other countries contribute to the Dutch economy, labour market and academia, this must not be allowed to go ‘too far’, the minister said. In particular, the growth in English language course may have a negative impact on Dutch student’s language skills, the minister said in a statement. ‘As culture minister, I am attached to Dutch,’ Engelshoven said.

Ministry research shows that the growth in international student numbers is putting pressure on the financing, quality and accessibility of education, she said. ‘To bring in more balance, the cabinet wants to revise the rules for offering non-Dutch language education,’ the minister said.

Departments which want to offer a substantial part of their courses in other languages than Dutch must prove that this has added value for students, she said. Foreign students will also be offered Dutch courses, which will also encourage them to remain in the Netherlands after graduation and contribute to the Dutch economy, but there will be no compulsion, she told the NRC.

The minister also plans to bring in minimum fees for students from outside the European Economic Area, to make sure that they do not adversely impact university financing. These would be in line with the maximum fees paid by EEA students.

According to website Science Guide, bachelor students from outside the EEA would pay at least €7,612 in tuition fees, or €15,178 if attending a university of technology. Master programmes will cost a minimum of €29,452 year.

Research published by the government’s CPB think-tank last week showed that foreign students do generate hundreds of thousands of euros for the treasury.

Even after the cost of sending Dutch students abroad is deducted from the total, foreign students from outside the EU generate up to €94,000 each for the government, the CPB said.

This is because their fees are much higher and around 30% of them remain in the Netherlands after graduation, the CPB said.

In July the government announced that it was reorganising Nuffic, the organisation set up to promote the internationalisation of the education system. The measures include  cutting its budget and closing the 10 education support offices, located in countries as diverse as China, Russia, India and Turkey.

‘Taken together, these developments will severely affect the activities through which we support education institutions in developing as well as strengthening high-quality internationalisation efforts, from primary and secondary education to vocational and higher education,’ Nuffic said in a statement.

The 10 countries where the support offices are located sent nearly 14,000 students to Dutch colleges and universities in the last academic year, Trouw said. The Netherlands is particularly popular with Indian and Chinese students.