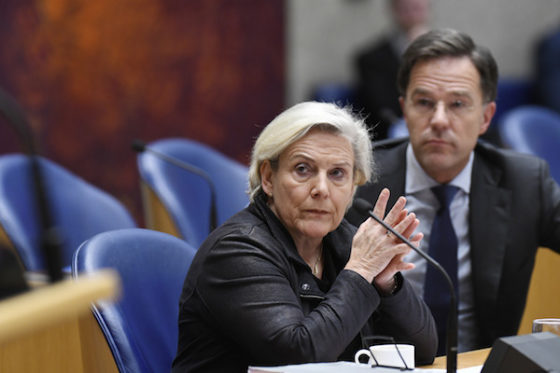 Prime minister Mark Rutte has denied that there was any attempt to cover up civilian casualties in the wake of the Dutch raid on an IS bomb factory in Iraq in 2015.

Rutte has been dogged by the issue since Dutch media reported last month that a Dutch fighter jet dropped the bomb on the factory in the town of Hawija, which led to some 70 civilians being killed.

During a stormy debate on Wednesday night, Rutte was asked repeatedly what he knew about the bombing and when but only 48 out of 150 MPs voted in favour of an SP motion of no-confidence.

Former defence minister Jeanine Hennis has said she ‘probably’ told the prime minister about the Dutch involvement in the raid, but he says he cannot remember the conversation.

‘I cannot force you to believe me,’ Rutte said. ‘It is a question of trust. But I cannot fake memories I do not have.’

Both Rutte and current defence minister Ank van Bijleveld told MPs that the cabinet would be more transparent about future military missions and that new rules have been drawn up for briefing parliament.

Next week, the paper pointed out, tax minister Menno Snel will have to defend his record on the child benefit tax scandal and ministers are still grappling with the fall-out from the ongoing nitrogen compound pollution problems.