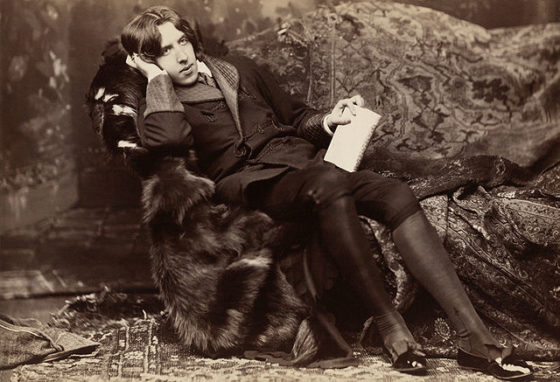 Oscar Wilde in 1882 via Wikimedia Commons

Dutch ‘art detective’ Arthur Brand has tracked down a ring which once belonged to writer Oscar Wilde and which may have been stolen not once but twice, news agency AFP reported at the weekend.

Wilde donated the ring to Oxford University, where he studied, but it was stolen in 2002 and its whereabouts were unknown until now.

Brand, who previously recovered a stolen Picasso and Visigoth carvings, used his underworld connections to rediscover the ring, which will be handed back to Magdalen College in a ceremony on December 4.

The gold ring, in the form of a belt, has an inscription in Greek that says ‘Gift of love, to one who wishes love’, plus the initials of Wilde and fellow student Reginald Harding who gave the ring to their friend William Ward in 1876.

The ring was stolen by a former cleaner along with two medals, and he told a court that he had sold it for scrap.

‘Rumours started in 2015 in the art underworld that a Victorian ring has surfaced ‘with some Russian writing on it’,’ Brand told an AFP correspondent, who saw the ring at an apartment in Amsterdam.

Brand realised the ring must have been the same one, and used his connections to track it down and negotiate its return.

The ring may also have been part of the haul in the Hatton Garden heist, in which a group of mainly elderly crooks raided a vault and made off with a massive haul of gold and jewellry.

‘Rumours that the ring had reappeared first started a few weeks after the burglary,’ Brand told AFP.