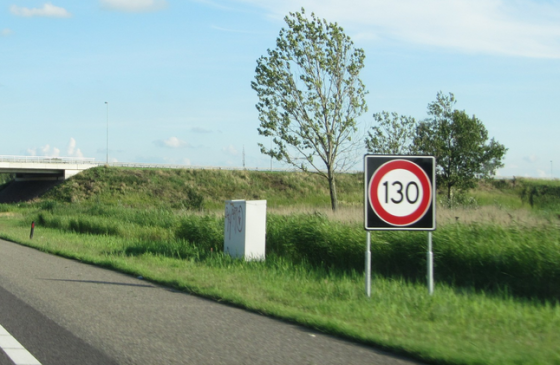 The cabinet is planning to cut the maximum speed limit to 100 kph nationwide between 6am and 7pm, in an effort to cut nitrogen-based pollution, sources have told broadcaster NOS.

Ministers hope that cutting the speed limit will compensate for the extra pollution generated by the construction industry – particularly of new homes. A large number of building projects have been put on hold after the Council of State ruled current measures to reduce nitrous oxide and ammonia pollution are insufficient.

Prime minister Mark Rutte has declined to confirm the speed limit cut, but says he aims to present the package of measures on Wednesday morning.

Also on the table is a plan to add enzymes to cattle feed so they produce less ammonia in their manure, NOS said.