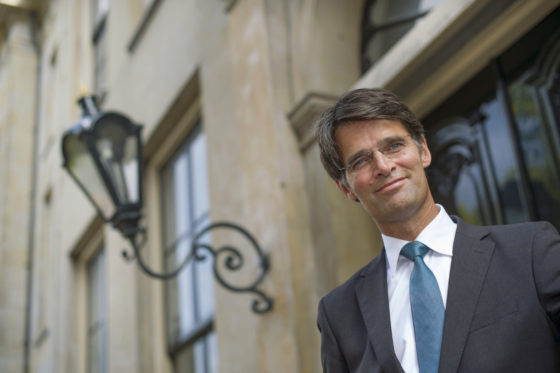 National police chief Erik Akerboom has slammed the government for not being consistent towards the police, which, he says, is endangering the rule of law.

Akerboom said in an interview with the Volkskrant that cutbacks under one cabinet and ad-hoc plans for more finance and staff under the next are destabilising the rule of law and enabling drugs criminality to thrive.

He said a recent proposal by justice minister Ferd Grapperhaus following the murder of lawyer of Derk Wiersum to form a specialised anti-drugs unit was ‘a good idea in itself’ but that a team of 300 or 400 people is not going to make a difference if not part of a broader approach.

Other parties which, Akerboom said, ‘have looked away for too long’, such as youth care, the real estate sector, transport and the finance ministry, must tackle the problem with the same urgency and for the long term.

Akerboom stressed the importance of policemen being able to build relationships with the people in their environment which is threatened by an ad-hoc policy of hiring and firing.

‘When I took the job three years ago I was told to scrap 3,000 jobs. Earlier this year the message was that a 1,000 more staff had to be recruited within a year. Then I had to find another 1,000 plus 300 or 400 for a new anti drugs team, plus extra security staff and more people to handle migration. That is simply impossible. It takes time and training. People need to build relationships with people in the environment they work in,’ Akerboom told the paper.

According to Akerboom one of the reasons drugs criminality in the Netherlands has grown to the extent it was labelled a narco state, is because stable, intelligence networks cannot be built in neighbourhoods if one policy follows another. Other neighbourhood related facilities have suffered cutbacks to, he said, and that meant that youngsters at risk of recruitment by drugs gangs dropped under the police radar.

The police chief also called for more freedom for police to access more data, something that is now being prevented by stringent privacy laws.

‘Privacy laws are a big problem. We noticed more car hire companies in places in Zuid-Holland where ecstasy was being produced,’ he said.

‘The cars were being used to transport the drugs, so we wanted the companies to tell us who were hiring the cars. But that is against privacy rules. If the police can’t be exempt from these rules in extreme situations then things get very difficult for us. It’s something we must talk about with the justice ministry,’ Akerboom told the paper.