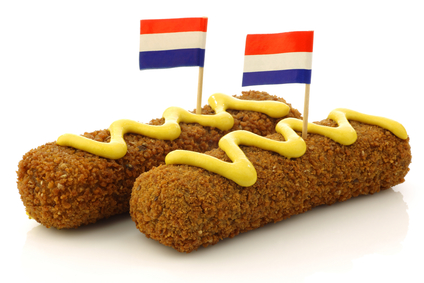 The menu at the Binnenhof parliamentary complex must feature only food and drink produced in the Netherlands in support of the Dutch farmers, CDA MP Jaco Geurts has said.

The MP wants to raise the subject during this week’s agricultural budget talks, the Telegraaf reports.

‘The appreciation for our farmers begins in the canteen,’ Geurts said, explaining his local approach to the problem.

The first thing Geurts wants to tackle in his foreign product phase-out plan is the current ‘politically-correct fad’ for exotic drinks, which include vegan blood orange juice, sparkly Alpine water from a company in London, CO2 neutral green tea from Austria, organic fruit juice from Sicily and a Swedish aloe vera drink with ingredients from Taiwan.

‘We must set a good example. What is sustainable about flavoured water from Taiwan? We are better off getting pear juice from the Betuwe,’ a combative Geurts told the paper.

The message of the angry farmers, which make up a substantial part of the CDA electorate, has to be taken seriously, Geurts said. He added that agriculture minister Carola Schouten would do well to promote the use of local produce in the parliamentary kitchen.

The fact that the minister’s portfolio does not extend to the food and drink consumed by politicians will not stop Geurts from bringing up the subject during the budget debate, he said.

Asked if a ban would include orange juice, the MP said ‘we shouldn’t exaggerate, the Netherlands is after all, a trade nation. French MPs may well eat our veal, which is the best there is. But we have gone to the other extreme.’