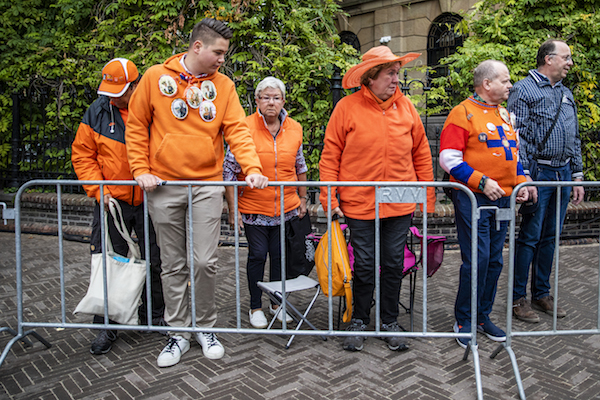 Royalty fans began gathering in The Hague early on Tuesday morning, hoping to catch a glimpse of king Willem-Alexander and queen Maxima as they head to the Binnenhof in a horse-drawn coach for the traditional state opening of parliament.

After arriving at the Ridderzaal at around 1.30 pm, the king will deliver his annual speech outlining the government’s plans for the current year in front of an audience of politicians, captains of industry and other invited guests.

Later, at 3pm, finance minister Wopke Hoekstra will make a short speech in parliament, outlining the broad sweeps of government spending policy for next year, at which point individual ministerial budgets will become public.

However, as every year, much of the detail has already been leaked to the press. This year, pundits say, the focus of the coalition government’s plans will go toward helping the middle class.

What we know so far:

DutchNews.nl will be providing detailed coverage of the government’s plans, the king’s speech and reactions to the budget on Tuesday afternoon.