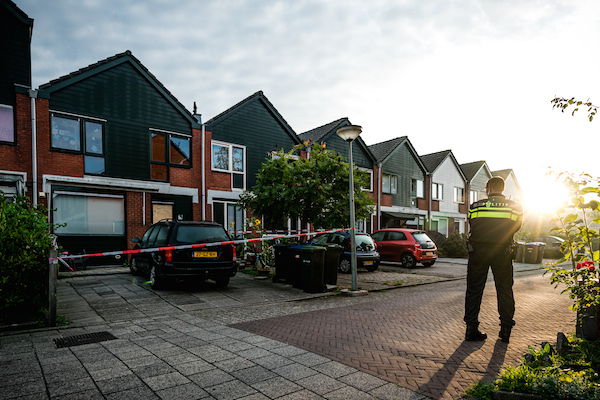 A policeman outside the house where the murders took place. Photo: Rob Engelaar / HH

The quiet residential estate of Sterrenburg in Dordrecht has been shocked by a family killing in which an off-duty policeman shot dead his two daughters, seriously injured his wife and then turned his gun on himself.

One neighbour told the Telegraaf she had spoken to the mother a couple of days ago and ‘she was very sad but did not want to say what was wrong,’ the neighbour said.

The mayor and public prosecution department are due to make a statement later on Tuesday.