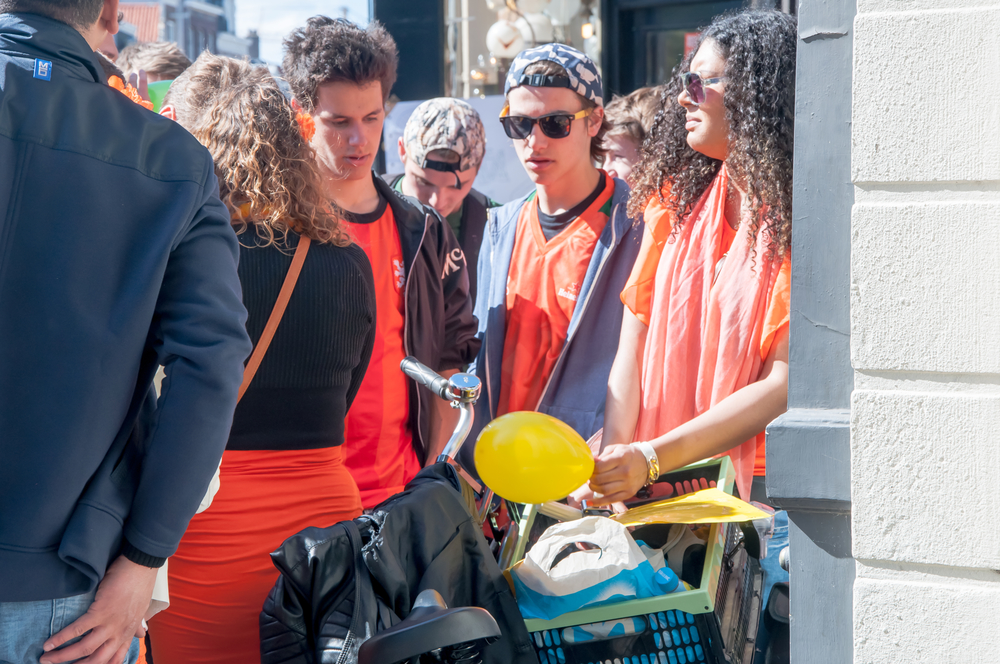 People selling balloons filled with laughing gas on the street in Amsterdam are to be fined under local bylaws on street trading, mayor Femke Halsema told councillors on Tuesday evening.

And a ban on the sale of laughing gas will also be included in licences for festivals in the city, Halsema said. ‘Using balloons has already been banned at festivals for sustainability reasons and the campaign to reduce single-use plastic,’ the mayor said in her briefing.

Laughing gas (nitrous oxide) has become increasingly popular under festival goers and youngsters out for a good time, and dozens of small companies have sprung up to cater to the demand.

However, Halsema told councillors, selling the drug on the street is causing noise nuisance, intimidating situations, pollution from the balloons and gas cartridges, and health problems among excessive users. This, she said, is prompting the council to take action.

Laughing gas was removed from the list of official medicines in 2016, meaning it can now be freely sold. However ‘selling in public spaces without a licence is banned… even if the ordering and payment is done online,’ the mayor said in her briefing.

Although laughing gas is relatively safe it is not without dangers and its long-term effects on children has not been researched. But as it grows in popularity, more people have been reporting health issues.

According information centre NVIC, where doctors report instances of poisoning, in 2015 just 13 reports were made about the use of laughing gas, but rose to 67 in the first six months of this year alone.

Health problems linked to the use of laughing gas include tingling feelings in arms and legs, nausea, headaches and dizziness. The NVIC has described the increase as ‘a worrying development’ and says far more cases are likely to have gone unreported.

Health minister Paul Blokhuis is currently looking into whether its sale can be controlled. Rotterdam mayor Achmed Aboutaleb is planning to introduce a ban on the use of laughing gas at events and festivals and similar moves are underway in Leeuwarden and Enschede as well as Amsterdam.