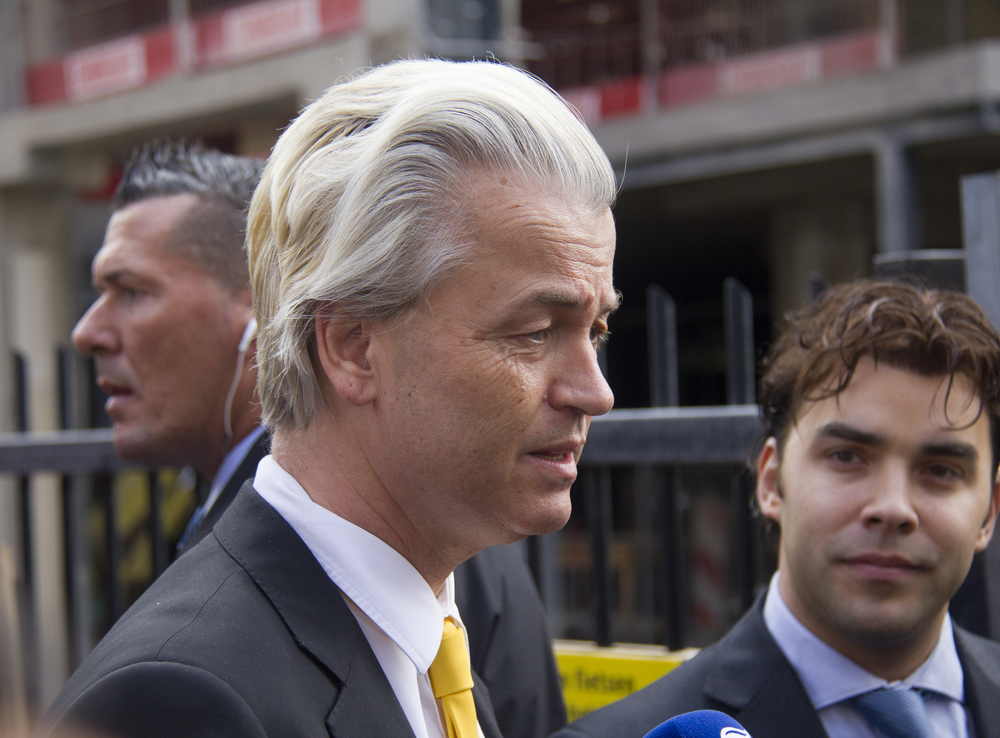 Senior civil servants put pressure on prosecutors to take Geert Wilders to court for his ‘fewer Moroccans’ speech, according to documents seen by RTL Nieuws.

In a series of memos, justice ministry officials wrote that Wilders’s comments were ‘malicious’ and ‘racist’. One asked, after reading a confidential report prepared for justice minister Ivo Opstelten in September 2014: ‘Is the prosecution service now convinced of the desirability and viability of a prosecution?’

The leader of the anti-immigration PVV party is currently appealing against his conviction for inciting discrimination against Dutch Moroccans in the televised speech, delivered in the aftermath of the local elections in March 2014.

Wilders asked a roomful of supporters if they wanted to have ‘more or fewer’ Moroccans in the country. When the crowd shouted back: ‘Fewer, fewer,’ Wilders responded: ‘We’ll take care of that.’ In December 2016, a panel of three judges ruled that the comments were ‘demeaning and insulting to the Moroccan population’.

Wilders’s lawyer, Geert-Jan Knoops, last week asked judges to dismiss the case after it emerged that Opstelten discussed it with justice department officials before the decision to prosecute was announced.

The appeal court rejected the request but judges have said they will investigate claims of political interference during the course of the hearing.

The current justice minister, Ferd Grapperhaus, declined to respond to the contents of the memos, which have been released by RTL Nieuws.

He said: ‘I need to be extremely reticent regarding the contents of the documents that have been handed over. It is precisely because I don’t get involved in individual cases that I will not be commenting on them at this time.’

Wilders said the memos were evidence of a ‘witch-hunt’ by Opstelden, a minister from the right-wing liberal VVD party, said the appeal hearing should be stopped and called for a parliamentary inquiry.

‘It is unbelievable that the justice ministry interfered in my case in such detail,’ he said. ‘It looks like a witch-hunt, an act of retribution by the VVD minister and his department against me.’

Politicians from other parties also voiced concerns about government officials had meddled in the business of the courts.

‘The prosecution service is not an arm of the ministry, but part of our judiciary,’ said D66 MP Maarten Groothuizen. ‘It looks as if the department wants to have a lot of control. That fits with the impression that civil servants are doing whatever it takes to keep their ministers out of the firing line.’

Labour MP Attje Kuiken said the memos contradicted previous assurances that there had been no interference in Wilders’s trial. ‘I want Grapperhaus to explain what has been discussed with the prosecution service and I want to know as well why the minister did not disclose this earlier.’