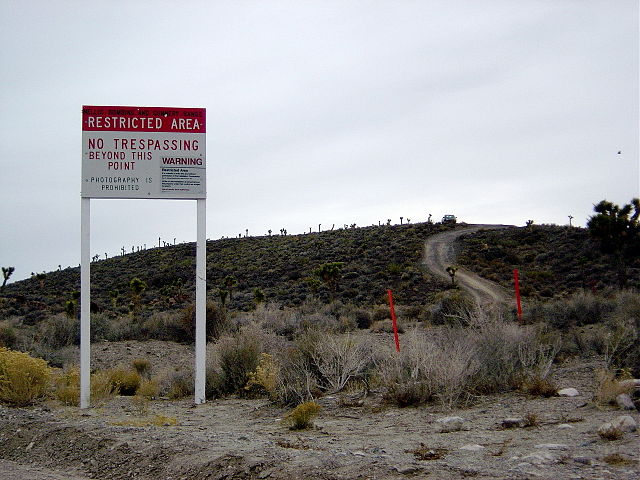 Two Dutch men have been arrested in the US for trying to enter an area of desert in Nevada known as Area 51, which is controlled by the military.

Area 51, around 120 miles north of Las Vegas, is home to a heavily guarded US military base. According to UFO conspiracy theorists, it is also home to the remains from a flying saucer that supposedly crashed in Roswell, New Mexico in 1947.

The men, Ties Granzier aged 20 and Govert Sweep aged 21, has a drone, camera and laptops with them in the car they were driving. They were arrested on Tuesday, three miles inside the security zone, after telling police they had seen the signs but wanted to look at the site anyway.

Both men have several YouTube channels with tens of thousands of followers. Subscribers to Sweep’s channel are told that he ‘travels round the world in search of the most challenging adventures’.

Area 51 is a popular pilgrimage for UFO watchers and other conspiracy theorists.

In July Facebook users were invited to sign up for an attempt to storm Area 51 on September 20. Hundreds of thousands of people had agreed to do so before the organisers agreed to hold a festival instead, at the request of the FBI.

Alienstock was cancelled earlier this month due to ‘lack of infrastructure, poor planning, risk management and blatant disregard for the safety.’