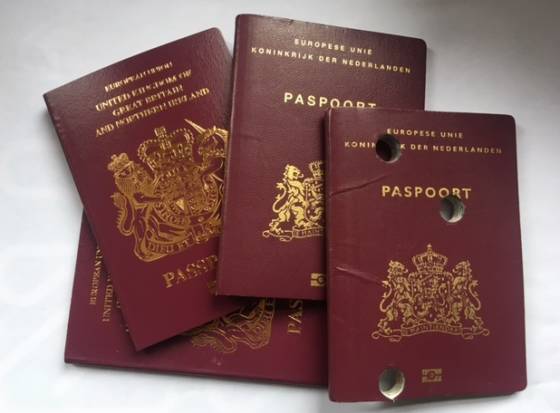 British nationals living in the Netherlands have been dropped from draft legislation which would allow dual nationality for people affected by the Brexit chaos.

The Liberal democratic party D66 said earlier this year it was drawing up a new law to allow Dutch nationals in Britain and British nationals in the Netherlands to have dual nationality because of Brexit.

But D66 has now decided to drop British nationals from the plan because their they have more certainty about their rights to stay in the Netherlands, according to Dutch media reports. DutchNews.nl has asked D66 MP Sjoerd Sjoerdsma, who drew up the proposals to explain the change of heart.

The revised measure, which would affect the 100,000 Dutch nationals living in the UK, can now count on majority support in parliament, Sjoerdsma said on Twitter. The ruling VVD, which had been opposed, now backs the proposal, as does the Labour party, 50Plus and GroenLinks.

Dutch politicians must now work together because ‘they are making complete chaos on the other side of the channel,’ Sjoerdsma said on Twitter. ‘Dutch nationals in the UK should not become hostages to Brexit,’ he said.

The Dutch currently only allow dual nationality in a few, specific circumstances, although an overhaul was promised in the coalition agreement. This means that currently most Dutch people in the UK would lose their Dutch passports if they become British, and the same for British nationals in the Netherlands.

The 3 Million group, which lobbies for the rights of European citizens affected by Brexit, says it ‘warmly welcomes’ the D66 proposal but points out that British nationals in the Netherlands still face the ‘catastrophic loss of their EU freedom of movement’. The organisation says it will continue to campaign for wider dual nationality rights.

Both British and Dutch expat groups lobbied MPs to support the bill when the original plan was launched in January.

‘I hope they will continue to do so, as their personal stories are of great value and might just convince parliamentarians to support our efforts,’ Sjoerdsma told DutchNews.nl at the time.

The coalition government, of which D66 is a part, had been due to publish its plans to reform the dual nationality laws in the spring but has not yet done so.

The number of British nationals taking Dutch nationality has soared since the Brexit referendum in 2016 with over 1,300 taking the plunge last year.

And in the first six months of this year alone, 180 people opted to renounce their British nationality to become Dutch, compared to 280 in 2018 as a whole, figures from the IND immigration service show.

British children who were born in the Netherlands have the right to become dual nationals when they reach the age of 18.

Earlier this year, the government’s most senior advisory group, the Council of State, said the original legislation to give dual nationality rights to British nationals in the Netherlands and Dutch nationals in the UK should not be adopted by parliament.

The measures proposed by the government and Brussels already deal with an ‘important part’ of the impact of Brexit and there is insufficient reason to make an exception for British nationals in the Netherlands and the Dutch in the UK, the council said in April.