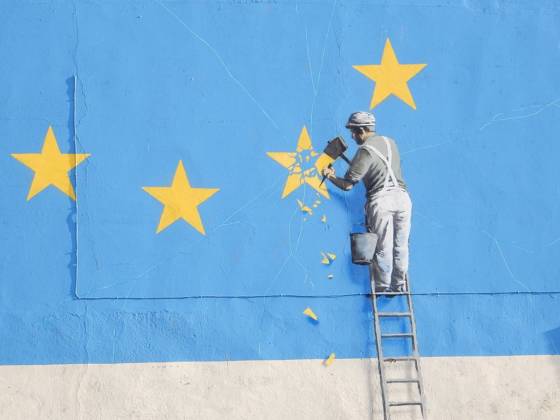 British nationals in the Netherlands have reacted with dismay to the decision to drop them from draft legislation allowing people caught up in the Brexit chaos to have both Dutch and British nationality.

On Sunday it became clear that British nationals are no longer part of the emergency legislation drawn up by D66 because there is not enough support in parliament to include them.

The new plan, without the British, can count on the backing of the right-wing Liberal VVD, meaning there is majority backing in the 150 seat lower house of parliament.

‘The only we reason we had to drop the British nationals from the proposal – with great regret –  was that there was no majority to be found in parliament to make it happen,’ Sjoerd Sjoerdsma, the D66 parliamentarian behind the plan, told DutchNews.nl.

‘Too many parties, unfortunately, oppose this. In other words, we faced the hard choice of either getting nothing done at all or at least getting something done for Dutch people in the UK. I wish it were otherwise.’

British nationals who have been campaigning for dual nationality rights have told DutchNews.nl that they are disappointed.

‘The implications for UK citizens are immense,’ Karen Freel said on Facebook. ‘If NL would like to be an open, progressive outward looking country why shouldn’t people have dual citizenship. Just make sure that the criteria are reasonable. Giving up birth nationality is not reasonable.’

‘Very disappointed is an understatement’, said Trish Tarrant from the British in the Netherlands lobby group said.

This is shitty. Dutch citizens in the UK are to be sorted out with dual nationality but UK citizens in NL are being dropped like a stone. We matter to nobody. And with Boris et al as our champions, no wonder. We are the fall guys.https://t.co/I6j35aYhLY

The Dutch currently only allow British nationals dual nationality in a few, specific circumstances, such as being married to a Dutch national for a number of years. Dutch nationals who take another nationality, such as British, also lose their Dutch passports.’

The 3 Million group, which lobbies for the rights of European citizens affected by Brexit, says it ‘warmly welcomes’ the D66 proposal but points out that British nationals in the Netherlands still face the ‘catastrophic loss of their EU freedom of movement’. The organisation says it will continue to campaign for wider dual nationality rights.

Sarah Parkes of the British in the Netherlands group told DutchNews.nl that  the Dutch government has been very generous in the way it is dealing with the plight of British nationals caught up in Brexit.

That position is echoed by other campaign groups. A foundation set up to lobby for the rights of Dutch nationals abroad says that the draft legislation is ‘positive first step’ even though it only applies to a narrow group. ‘The SNBN will continue to campaign for dual nationality to become an option for all Dutch nationals worldwide,’ chairman Eelco Keij said.

The four-party Dutch coalition government is committed to reforming Dutch rules on dual nationality and had been due to publish a discussion paper this spring. No new date has yet been set.

Sjoerdsma said D66 will continue to look for ways to improve the lives of British nationals in the Netherlands and ‘alleviate the negative consequences they would suffer from a (no deal-) Brexit’.