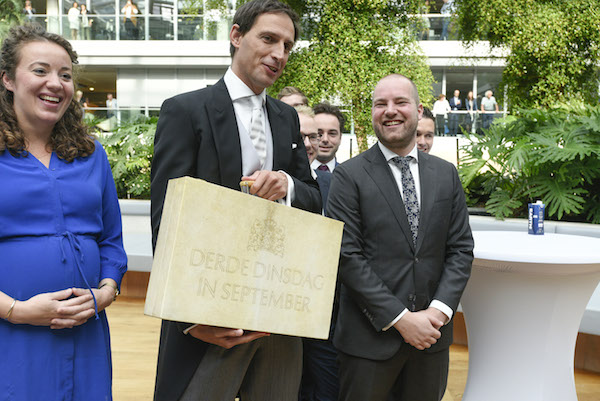 Despite the problems elsewhere in the world, the Dutch economy remains robust, finance minister Wopke Hoekstra told MPs on Tuesday, at the presentation of the government’s 2020 spending plans.

The government, he said in a speech which had been leaked in advance, will continue to invest in society, in youth social services, in affordable homes and in defence. At the same time, the government has allocated €3bn to benefit households, particularly those in work, the minister said.

For the long term, the pension and climate agreements struck last year point the way forward, and the practicalities will be worked out in the short term, Hoekstra said.

Now interest rates are at record lows, the government also plans to set up a fund which will be used to make sensible investments in R&D, in innovation and in infrastructure for the long term.

Details will be worked out in the next few months and the plan will be presented to parliament next year, the minister said.

‘Tax money does not belong to politicians, but to the people,’ Hoekstra said. ‘We are working to ensure the prosperity of all of us today and that of future generations,’ he said.