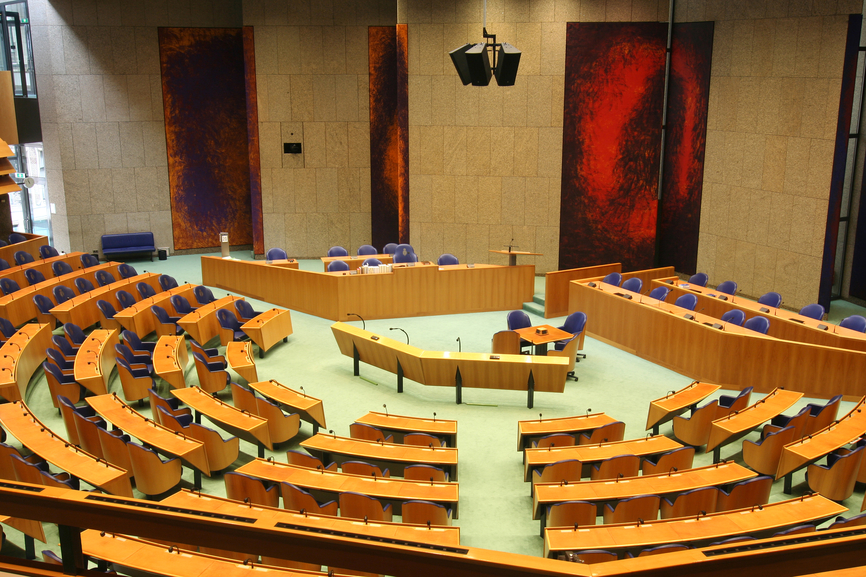 The setting for today’s debate

The opposition parties are set to demand more money for education, higher profit taxes for multinationals and higher taxes for wealthy individuals in two days of debate on the government’s 2020 spending plans.

The money, according to the alternative budget drawn up by GroenLinks, Labour and the Socialists, would go to boost salaries for teachers, healthcare workers, the police and legal aid lawyers.

Money should also go to cutting the own risk element in healthcare, frozen this year at €385 and on putting up the minimum wage by 2.5%, the left-wing parties say

During the first round of the debate on Wednesday, MPs will call on the government to make changes to its plans in the hope that ministers, with one eye on the senate, will agree to make some compromises.

The four party coalition government does not have a majority in senate and will rely on opposition parties to push through some of its more controversial measures.

‘It is no coincidence that the cabinet has said it will adopt legislation drawn up by GroenLinks which will lead to multinationals paying more tax,’ NOS commentator Fons Lambie said.

The main points of the budget

Government pledges that everyone will have more to spend next year will also come under fire because earlier promises have not been born out in practice.

The cabinet says people in work will have at least 2% more to spend next year – the equivalent around €45 a month for someone with a gross average income of €3,000, the AD reported.

Meanwhile, the Council of State, the government’s most senior advisory body, has warned that ministers must give people time to adjust to all the changes which are coming their way.

‘We cannot stop change… on the contrary, change is necessary to keep the country prosperous and to ensure public services remain affordable,’ the council’s vice president Thom de Graaf told Trouw in an interview.

‘But we should learn from the past. Do not been too hasty in implementing major structural changes. And reserve enough money to make them. Do not forget the people who the changes are supposed to benefit.’