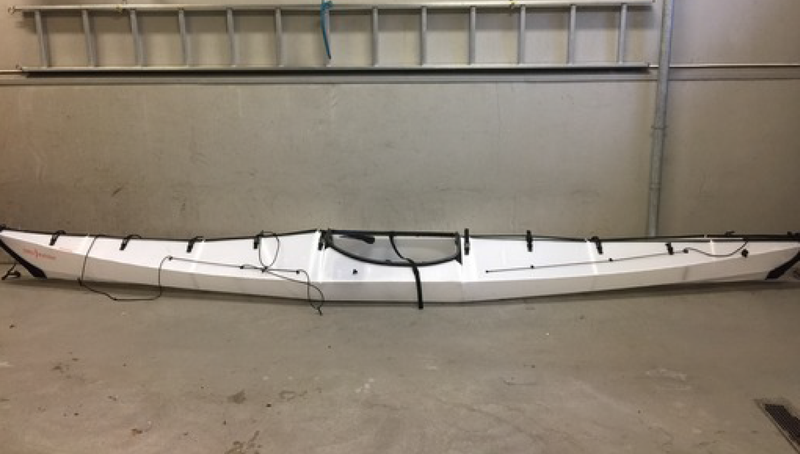 The canoe found by Norwegian police

Norwegian police have ended their investigation into the disappearance of a Dutch IT expert a year ago, saying he was probably killed in a kayak accident.

The disappearance of Arjen Kamphuis had led to a wave of conspiracy theories about government involvement and speculation that he may have simply gone off grid. Kampus was a computer security expert and well known in the Dutch hacker community. He was also said to have worked for Wikileaks.

Kampus was last seen in Bodo on August 20 and should have returned to the Netherlands on August 22. Several days after he vanished, police found his collapsible canoe. Other possessions were also found floating in the water.

However, his phone, which was turned on for 20 minutes at the end of August, and his laptop were never found, further fueling the speculation.

Police have now solved that mystery, they said on Friday. Lorry drivers had found the laptop and phone in the water while fishing and taken them with them, presuming they had been thrown away.

His friend Ancilla van de Leest said on Twitter: ‘With great sadness we have received the conclusion of the Norwegian police concerning our beloved Arjen Kamphuis. We thank Dutch & Norwegian authorities for their great efforts. We accept their conclusion in this matter and ask for time and privacy to process our loss.’