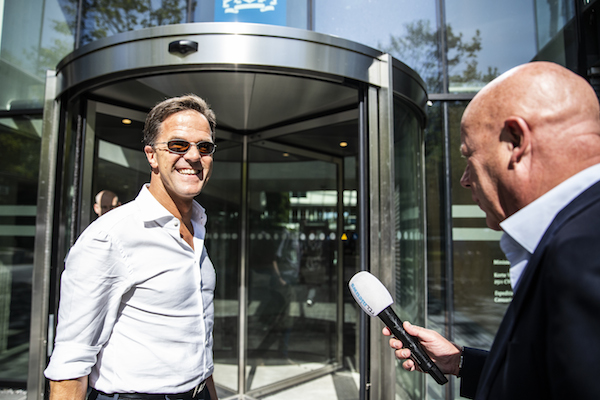 The government will publish its 2020 spending plans on September 17 and, as usual, leaks from ministerial departments are flowing thick and fast.

Several papers report that ministers have agreed on which tax measures to take to ensure a fair division of any spending power increase and are also considering ideas to make it easier for first time buyers to get a foot on the housing ladder.

‘We have made progress on route to Prinsjesdag [budget day],’ prime minister Mark Rutte told reporters after talks on Thursday.

‘We have come a long way,’ D66 leader Rob Jetten said. ‘We want to make the housing market more accessible for starters and things are looking good.’

As yet it is unclear if the government plans to reduce corporate taxes will go ahead. Sources told the Parool that ministers may decide to phase in the cuts over a longer period. Next year, the corporate tax rate is due to be cut from 25% to 22.55%, with a further cut scheduled for the following year.

But delaying the cut would give the government more money to ensure a rise in spending power for everyone, the paper pointed out.

According to broadcaster NOS, the government is also planning to free up billions of euros for several major infrastructure projects.

These could include an extra light rail network around the four big cities and a metro link from Amsterdam to Schiphol airport, the broadcaster said.

But reports earlier this week that the government is planning to set up a €50bn fund to ensure economic growth are now being downplayed. Divisions between the four coalition parties have led to the matter being dropped for a time, NOS reporter Arjan Noorlander said.