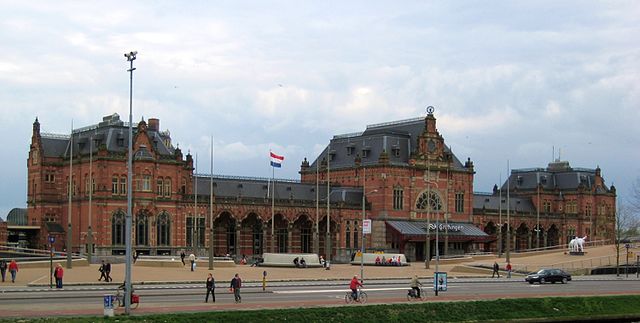 Groningen has the most beautiful railway station in the Netherlands an NS survey among travelers shows, with Valkenburg station coming second.

One third  of the 10,000 people who took part in the social media vote opted for Groningen, leaving Amsterdam and Rotterdam standing with 14% and 11% respectively.


The NS is planning to turn the most beautiful station competition into an annual event.

‘Stations are more than a place to jump in and out of trains while checking your phone’, NS social media manager Gerjan Vasse said.

‘We think you should spend a few minutes to look at the historical features of some stations. Stations are also becoming more popular as places to meet up, hold business meeting or to shop and this survey shows people appreciate that.’

Groningen station, which will hold the title for a year, most likely owes the award to its ceiling and small museum, NS said.