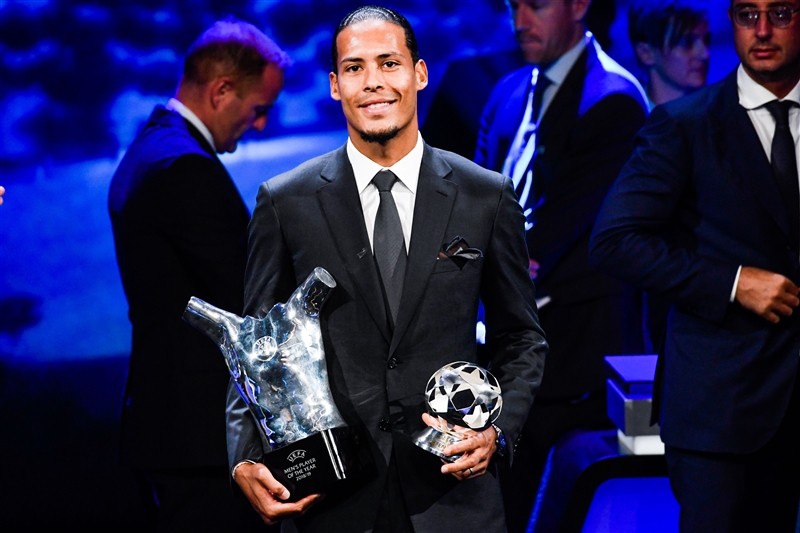 Oranje captain Virgil van Dijk has been voted player of the year by the European football association Uefa.

Van Dijk, also nominated for Fifa’s player of the year award, was named best defender of the season as well.

Meanwhile, wins by AZ of Alkmaar, Rotterdam’s Feyenoord and PSV Eindhoven mean there will be four clubs playing in Europe this season, following on from Ajax’ win on Wednesday.

AZ, Feyenoord and PSV will all take part in the Europa League group stages, having battled through several qualifying rounds.

The first matches will be played on September 17 and 18, when Ajax will meet Lille at home. The Amsterdammers will meet Valencia away on October 2 and Chelsea at home on October 23.