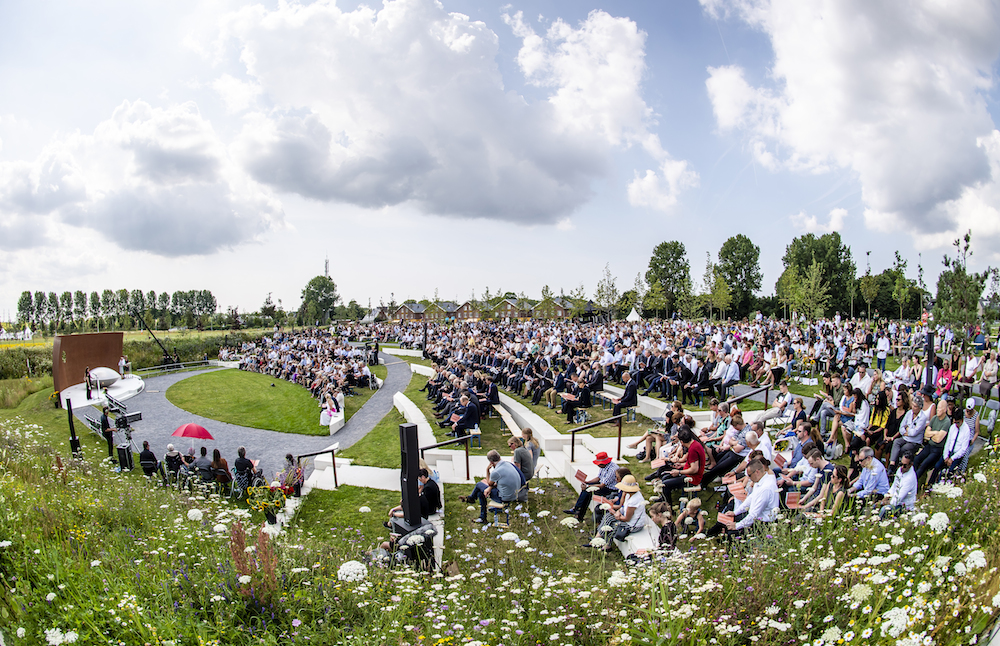 Relatives of people killed in the MH17 disaster gathered for a special commemoration ceremony on Wednesay. Photo: Frank van Beek/Pool Photo via AP

Ukrainian security service officials say the man who organised the truck for the Russian Buk which shot down fight MH17 five years ago has been arrested and jailed.

Vitaliy Mayakov, an official with the SBU secret service, told a news conference on Wednesday that the man had been identified and arrested on the basis of video and phone evidence.

‘Thanks to this video and this phone, we established the person who owns the trailer, identified the person from among militants who took it from an automobile enterprise in Donetsk,’ local news agency Unian quoted him as saying.

‘And three years later we managed to detain this man as he crossed the border into the territory under our control from the Russian Federation. Now he is serving a sentence here, in Ukraine.’

The news, which has not been verified by the Dutch public prosecution department, came on the fifth anniversary of the shooting down of the plane, killing 298 passengers and crew.

Mayakov did not identify the individual or explain why this information was not released earlier. He did say more than 150 people involved in transporting the missile launcher to and from Ukraine had been identified.

Four suspects currently face prosecution in the Netherlands in connection with the disaster, even though prosecutors admit that there is little chance that they will turn up in a Dutch court.

The Joint Investigation Team (JIT) said last month it had identified four key suspects who ‘cooperated to obtain and deploy the Buk [missile] at the firing location with the aim of shooting down an aircraft.’

Three of the suspects are Russian and one is Ukrainian and all played key roles in the self-proclaimed ‘Donetsk People’s Republic’ in eastern Ukraine.