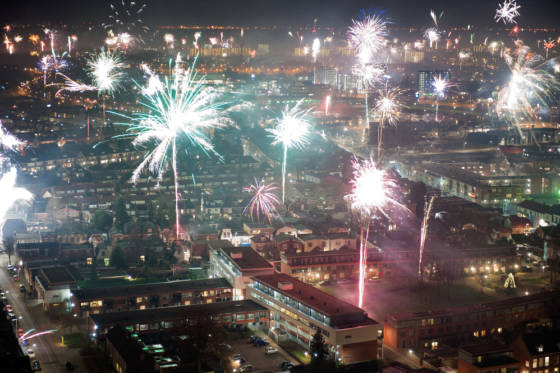 The Dutch government is expected to stop the sale of the most dangerous fireworks from next year’s New Year’s Eve but steer clear of a complete ban.

Sources in The Hague have told broadcaster NOS that an announcement is expected on Friday.

The government is expected to announce a ban of fireworks in the most dangerous ‘F3’ category, such as ‘Chinese rolls’ of multiple firecrackers – although the vast majority of fireworks on sale to consumers are in the lower ‘F2’ safety band.

This would be a disappointment to the OVV Dutch safety board and police, which have called for more comprehensive bans. Last year, 400 people across the country needed hospital treatment for injuries caused by setting off fireworks themselves.

However, if the number of injuries does not fall, the government is understood to be considering more restrictions.

Leo Groeneveld, chairman of firework sellers’ organisation Belangenvereniging Pyrotechniek Nederland told the NOS that a partial ban would not make much difference. ‘I don’t understand this at all,’ he reportedly said. ‘The category that will be banned, F3 or Cat3, is such a small part of the collection, less than half a percent, and not even the most dangerous. I don’t think it’s a great idea.’

He claimed that other types of firework such as flares caused the most injuries. Police also told the NOS in a written reaction that they were disappointed and felt that ‘mayors, police staff, first aiders and doctors are not being listened to by the government’.